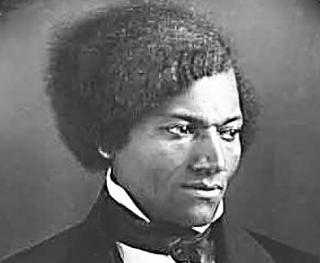 The lyricism and social activism found in Dorothy Rudd Moore’s opera Frederick Douglass still resonate more than thirty years after its composition, yet the music has been rarely heard, much less investigated. The current Lowens Room exhibit, “Why am I Called to Speak?” explores one of the most memorable moments from Moore's opera, including the Fourth of July Speech aria, which is among the American Composers Alliance scores at Special Collections in Performing Arts at the University of Maryland. The song score will be on display alongside related promotion and reception materials from Moore's opera.

The aria takes its lyrics from the abolitionist Frederick Douglass (1818-1895), whose memorable speech was given on July 5, 1852 during the height of his anti-slavery advocacy work.  In his speech, Douglass questions the very idea of “Independence Day” for people of African descent in a nation practicing slavery, “Are the great principles of political freedom and of natural justice, embodied in that Declaration of Independence, extended to us?” Moore’s opera reexamines Douglass’s speech and the idea of liberty in which it traffics through music and dramatic focus. The exhibit, in turn, looks beyond the music to the context surrounding it. In the process it asks visitors to contemplate the barriers we have to seeing and hearing each other clearly, and the treasures we find upon overcoming such obstacles. Curated by Christina Taylor Gibson with materials from the American Composers Alliance official records and score collection, the exhibit will be on display through December 2019. The Lowens Room for Special Collections is open during the regular business hours for the Michelle Smith Performing Arts Library.