Virtual Reality concert with music of Scott L. Miller and Ensemble U, Nov. 8 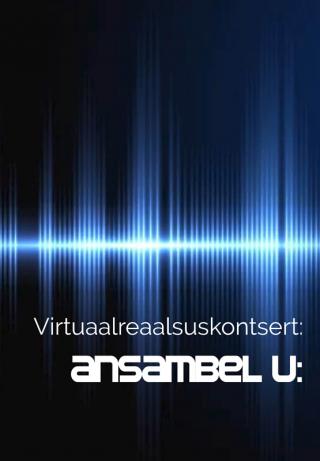 Concert series „Technology“
"Look around you, look inside yourself“
U: and VR 360˚

The audience can use the VR headsets, by which they will be able to be in nature, far away from the concert hall – to look around, see the details, and concentrate on the lights and moods of the location. At the same time, the musicians of U: will be playing in the concert hall and the audience will also be surrounded by pre-recorded or electronically produced sounds. It is a kind of double-perception – its borders might shift. The result is not just an exciting experiment, but also a deep, introspective, and artistically strong personal experience.

Ensemble U: (2003) is the most active and well-known new music ensemble in Estonia. The ensemble works without a conductor. It has a characteristically sensitive sonic feel, an openness to experimental ideas, and a willingness to perform even the most demanding pieces. In addition to Estonian modern music festivals, ensemble U: has also performed in important international festivals like Time of Music (Viitasaari, Finland), Sounds New (Canterbury, the UK), Nordic Music Days (Helsinki, Finland), Nuova Consonanza (Rome, Italy), Third Practice (Richmond, USA), Biennale di Musica Venezia (Italia), Virtuosi of the 21st Century (Recife, Brazil), Dark Music Days (Island).