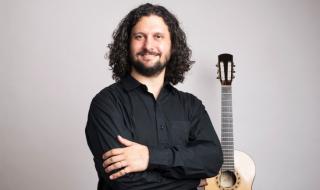 Thomas L. Read's Lullaby for Guitar (Moon through the window shines down) will be performed in a recital by Aaron Larget-Caplan as part of the Festival of Arts and Ideas, New Haven, CT, festival center, on the New Haven Green.  Explore the sounds and secrets of night-music through compositions written for virtuoso guitarist Larget-Caplan’s New Lullaby Project, with composers from Spain, Australia, India, and the USA. There will be two world premieres commissioned by the International Festival of Arts & Ideas by Koji Nakano (Japan) and Milad Yousufi (Afghanistan). Explore time and movement, timbre and silence, transition and possibility through the universal tradition of lullabies. Free, no tickets required.  The International Festival of Arts & Ideas in New Haven is an annual festival with 15 days of performing arts, stimulating lectures and more.