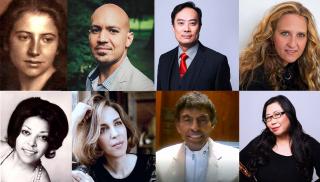 Mezzo-Soprano Re’ut Ben Ze’ev has been working to bring Vally Weigl’s music back to New York City.  Weigl was an important ACA member for decades, and her music is often performed in Europe. She was the wife of composer Karl Weigl, but an accomplished and gifted composer in her own right.  Working with Peggy Kampmeier, pianist with the New York Philharmonic, Re’ut will give premiere performances of some of Vally’s beautiful art songs and piano music from the 1970s.

The Cheah-Chan Duo, celebrating their 10th incredible year of collaboration, will perform several songs as part of “Life’s Work”, a musical meditation on the themes of love and life.