Four Songs on Poems of Seamus Heaney, setting for Soprano and Orchestra by Louis Karchin, at BGSU Festival, Oct. 19 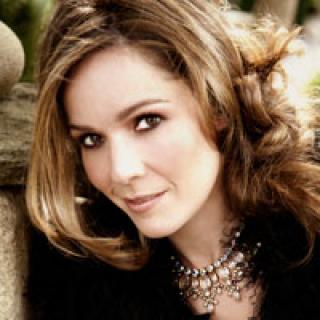 Praised by Opera News as “the kind of performer who makes it all look easy,” Heather Buck is best described by opera critic David Shengold as “a lithe and impactful actress with an uncommonly beautiful soprano for the high-lying and testing repertory she serves." Among her engagements in the 2019-20 season are Leïla in Les pêcheurs de perles with Opera in Williamsburg, and Herodias in Stradella’s San Giovanni Battista with Opera Omaha. In the 2018-19 season, Ms. Buck sang Susanna in Laura Elise Schwendinger’s Artemisia at the Time’s Arrow Festival of Trinity Church Wall Street, a reprise of the title role of Charles Wuorinen’s Haroun and the Sea of Stories with Boston Modern Orchestra Project, and the world premiere of Louis Karchin’s Four Songs on Poems by Seamus Heaney with Orchestra of the League of Composers.