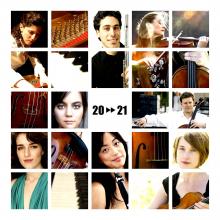 20>>21 is passionate for sharing new music with new audiences and collaborates with today's emerging composers to curate deep concert experiences. The ensemble's successful inaugural season of 2011-12 at the Gershwin Hotel in downtown Manhattan included a world premiere performance of a commissioned work by each featured composer, including Angélica Negrón, Gilad Cohen, Clint Needham, and Aleksandra Vrebalov. 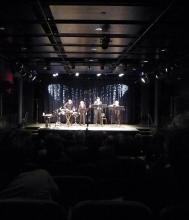 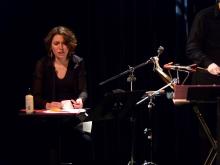 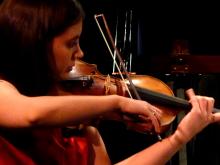 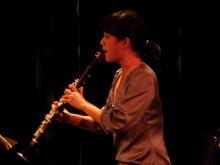 Lunatics at Large was formed in 2007 to explore the timbral possibilities of chamber music repertoire from the beginning of the 20th century to the present. It is a mixed ensemble combining voice, strings, winds and piano. In thematic concerts, the group juxtaposes standard repertoire and chamber pieces from established composers of the 20th century with more recent works.

ACA is thrilled to be collaborating with the amazing ensembles 20>>21 and Lunatics at Large for this year's Composers Now! festival. For more information and tickets, contact the box office 212-864-5400 or http://symphonyspace.org.

Kicking off the fourth annual month-long citywideComposers Now Festival on February 2, 2013 (under the leadership of composer Tania León) is Symphony Space's genre-busting Music-of-Now marathon, curated by Symphony Space Artistic Director, composer Laura Kaminsky, and hosted by WQXR's Terrance McKnight. From electronic experimentation to post-minimalism, to spectralist sonorities to Latin jazz, the marathon brings the broadest range of new music by today's emerging and established composers and composer-performers to the stage.

Since 2004, ACA has presented new works by more than 100 American composers, and more than 35 works by young composers, with support from the Alice M. Ditson Fund, the Argosy Foundation's Contemporary Music Fund, the Cary New Music Performance Fund, the Aaron Copland Fund for Music, the Puffin Foundation, BMI, and many generous individuals.

In June, 2012, ACA celebrated its 75th anniversary with a gala concert of works from the ACA catalog, performed by the Orchestra of the League of Composers.

Music from the ACA catalog is licensed for performance by Broadcast Music, Inc. (BMI). Printed sheet music is available from www.composers.com