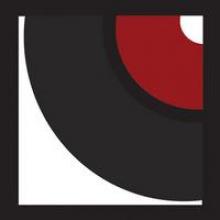 Fulfilling its promise to make the entire CRI catalog available
again, New World Records is pleased to announce the availability of the first
batch of digitized CRI LPs as premium-quality on-demand CD-Rs, including the
original liner notes. Twenty titles, including music by Charles Amirkhanian,
Jack Beeson, Easley Blackwood, Julian Carrillo, Theodore Chanler, Mario
Davidovsky, Robert Erickson, Ben Johnston, Kenneth Gaburo, John Melby, Quincy
Porter, Vladimir Ussachevsky, and Robert Ward comprise the first set of
releases, with approximately 15-20 titles expected to be added each month. The
goal is to have the entire unissued LP catalog of some 400 titles available by
the middle of next year. All titles have been carefully transferred from the
original tapes but have not been remastered—i.e. they are “flat” transfers. The
original LP catalog numbers have been maintained and will simply be preceded by
the prefix NWCRL to distinguish them from the CRI titles that were previously
issued on CD.

CRI (Composers Recordings, Inc.), a non-profit label devoted to
works by American composers, was founded in 1954 by composers Otto Luening and
Douglas Moore, and Oliver Daniel of BMI. Dedicated to the promotion of new
music by American composers, CRI issued more than 800 recordings over its
forty-nine year history. Ownership of the CRI catalog was assumed by New World
Records in 2006.

For further details and to place orders, please go to the New
World Records website at www.newworldrecords.org.