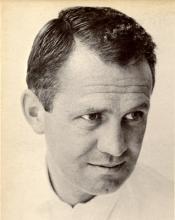 Francis ThorneACA director, 1975-78by Francis Thorne, Executive Director, American Composers
Alliance [1975-78]
Reprinted from BMI: The Many Worlds of Music, Issue No. 1, published in 1984

(Article 1 in a series of articles highlighting the history of ACA, in celebration of ACA's 75th anniversary)

***
In 1984 it is difficult to believe, that as late as 1937,
composers of concert music in the United States were not paid performance
royalties. With a considerable body of American symphonic music already in
existence at that time, it seems, in hindsight, the most natural thing in the
world for 48 composers to have gathered in the rooms of the Beethoven Society
in New York City in December, 1937 to discuss their mutual problems. It was, in
fact, a revolutionary step that was to have far-reaching consequences. Among
other things, it led to the formation of the American Composers Alliance.  The original organization committee consisted
of Aaron Copland, Wallingford Riegger, Roger Sessions, and Edgard Varèse.
Copland, who was elected Chairman, became the first President of ACA, a job he
held for seven years. These composers were not just exploring methods of
securing just remuneration for their labors but, more importantly, they were
seeking a far wider recognition for American concert music in general. 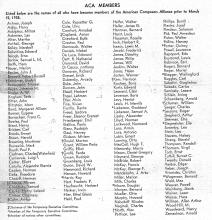 First published list of ACA members, 1938By mid-1938, the ACA roster of members consisted of 184
composers from around the country. Still, there remained some doubters; those
who adopted an attitude of watchful waiting. They seem to have been guided by
fear that they might lose an occasional performance if they dared ask for a
performance fee. Although not disputing their rights to an opinion, they
apparently lacked the courage to take a hand in the positive aspects of
collective action.

Therefore, we must fully appreciate Copland and his
colleagues when they decided to force upon the performing organizations the
option of paying performance fees in accordance with the law or facing the
suspension of performances of all contemporary American music. The members of
the newly-formed Alliance fully intended to arouse public opinion to such a
pitch as to make the performers’ position untenable. They expected that the
music world would gain a greater respect for their work when they realized that
these composers were attaching something more to their work than mere artistic
value. In other words, the composers were not content to continue to be last in
the scheme of things when, in truth, they were first. They were the creators of
the music itself.

The next several years were spent in various negotiations
with ASCAP as well as the newly formed Broadcast Music, Inc. But it was not
until 1944 that ACA Executive 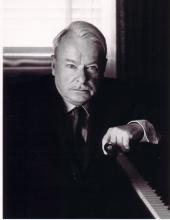 Harrison KerrSecretary Harrison Kerr and BMI were able to come
to an agreement in which the latter agreed to act as agent for the collection
of performance royalties for music controlled by ACA. With periodic
renegotiations and adjustments, this close relationship has remained in force
to this day, to the mutual benefit of both organizations. The last important
change in the long-term relationship between ACA and BMI occurred in 1972, when
all ACA members joined BMI.  Since then,
BMI has directly represented these composers in the collection of performance
royalties.  The reorganization left ACA,
in effect, as a BMI-licensed publisher and complete service organization catering
to the needs of a select list of BMI composers. Listing roughly 140 members in
1972, ACA now [1984] encompasses approximately 300 composers.  Although some members, once established, move
on to a relationship with a major commercial publisher, many choose to remain
with ACA. The organization remains especially attractive to younger composers
whose careers are just getting underway.
However, to backtrack a bit, ACA over the years has
initiated a number of important projects in its role of “furthering the general
interest of the composer of serious music in America.” The most productive
period derives from the brief stewardship of Oliver Daniel, during the early
1950s. Sandwiched between his role of producer of classical music programs for
CBS and his job at BMI, where he was widely known for his forceful advocacy of
contemporary music, Daniel instituted a series of distinguished new music
concerts in conjunction with the Contemporary Music Society. He also
reactivated the quarterly ACA Bulletins as well as the regular series of radio
programs of ACA music on WNYC. Moreover, during this period, Roger Goeb
designed the facsimile printing operation known as Composers Facsimile Edition
(CFE) as a service to the music world in general and not just to ACA members. 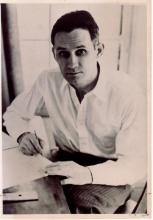 However, Daniel’s most important contribution to American
music at this time was the organization, with Otto Luening (then President of
ACA), Douglas Moore and Avery Claflin, of Composers Recordings, Inc. This
company has recorded literally hundreds of American composers’ works (most of
them premiere recordings) along with many important scores by Charles Ives.
Claflin, a banker-composer, was the first president of CRI. Although in 1976
became the country’s first non-profit record company (and thereby was
officially detached from ACA [which was not a non-profit organization at that
time]), the two organizations continued to work closely together and shared
office space at 170 West 74th Street in New York City for many
years. To be considered for the ACA Recording Award, many ACA members
previously had their works recorded on a point system. But when CRI became
non-profit and independent, a peer group jury system was established to choose
members’ works annually which will receive the award. [CRI recordings are currently available through New World Records.]

Oliver Daniel was also instrumental, in 1951, in
inaugurating the prestigious ACA Laurel Leaf Award. It is given each year to an
individual or an organization by the Board of Governors for “distinguished
service in encouraging and fostering American music.” [This year, in 2012, the award will be given to Innova Recordings.] 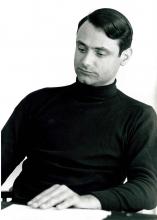 Nicolas Roussakis (1966)Over a stretch of time going back to the 1960s, ACA’s
day-to-day operations have been expertly carried out by General manager Rosalie
Calabrese. In 1975, I became ACA’s Executive Director. In February 1977, a
concert of ACA orchestral music celebrated the 40th anniversary of
ACA. Through my efforts, funding came from BMI and several private foundations.
Conducted by Dennis Russell Davies and warmly supported by the newly-elected
President of ACA, Nicolas Roussakis, this concert was so enthusiastically
received by audience and press that a new, separate non-profit corporation was
set up, which gave birth to the American Composers Orchestra. In its first nine
years of activity the orchestra performed 117 composers’ works, including 46
world premieres, 31 commissioned works and two Pulitzer Prize winners [stats
are as of the date this article was originally written in 1984; ACO has
continued on to present many more hundreds of important works by American
composers, now into its 35th season, with its third music director
and conductor, George Manahan].

The instincts of ACA’s founders seem sound when one
considers the vast increase in the number of professional composers at work
today, the broad range of styles in which they work, and the large array of
media at their service. Surely these far-sighted persons caused a revolution. 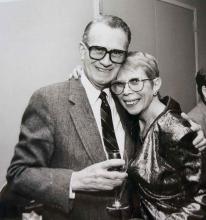 Francis Thorne and Rosalie CalabreseACA Director and General Manager, 1970sand BMI are powerful, influential institutions
representing thousands of creative individuals on many levels. However, threats
remain and powerful commercial interests continue to try to deprive
professional artists of their rightful rewards. Although ACA has become perhaps
a more modest operation in recent years, it continues to function effectively
in the role of publisher/promoter for approximately 300 composers of concert
music from all around the U.S. [in 2012, ACA represents nearly 100 living
composers and 60 composers’ estates, managing the legacy for former members who
established a custodial plan with ACA before death.]

1) Storage of printing masters for members’ scores, to
enable copying of music upon demand through its printing operation.

2) Facsimile reproduction services for the music industry in
general, as well as to members

4) ACA Recording Awards are given regularly and these
recordings are widely distributed to radio stations and schools and are sold by
mail order and through stores and dealers around the country.

5) Expert advice and help on such matters as contracts,
copyright, legal matters and other technical issues

7) Lobbying in conjunction with other music organizations

In summary, if collective action was essential in 1937, it
is no less important today. ACA keeps one simple goal in mind: to support and
promote American composers and their music. Today ACA continues its close
affiliation with BMI. Together they strive to fortify the still tenuous
position of the American composer of concert music. With our musical research
and development, our serious composers can follow their personal artistic
visions. Without this, America’s cultural health is endangered. ACA, with
enlightened support from BMI, continues to play a lively role in this
never-ending mission.