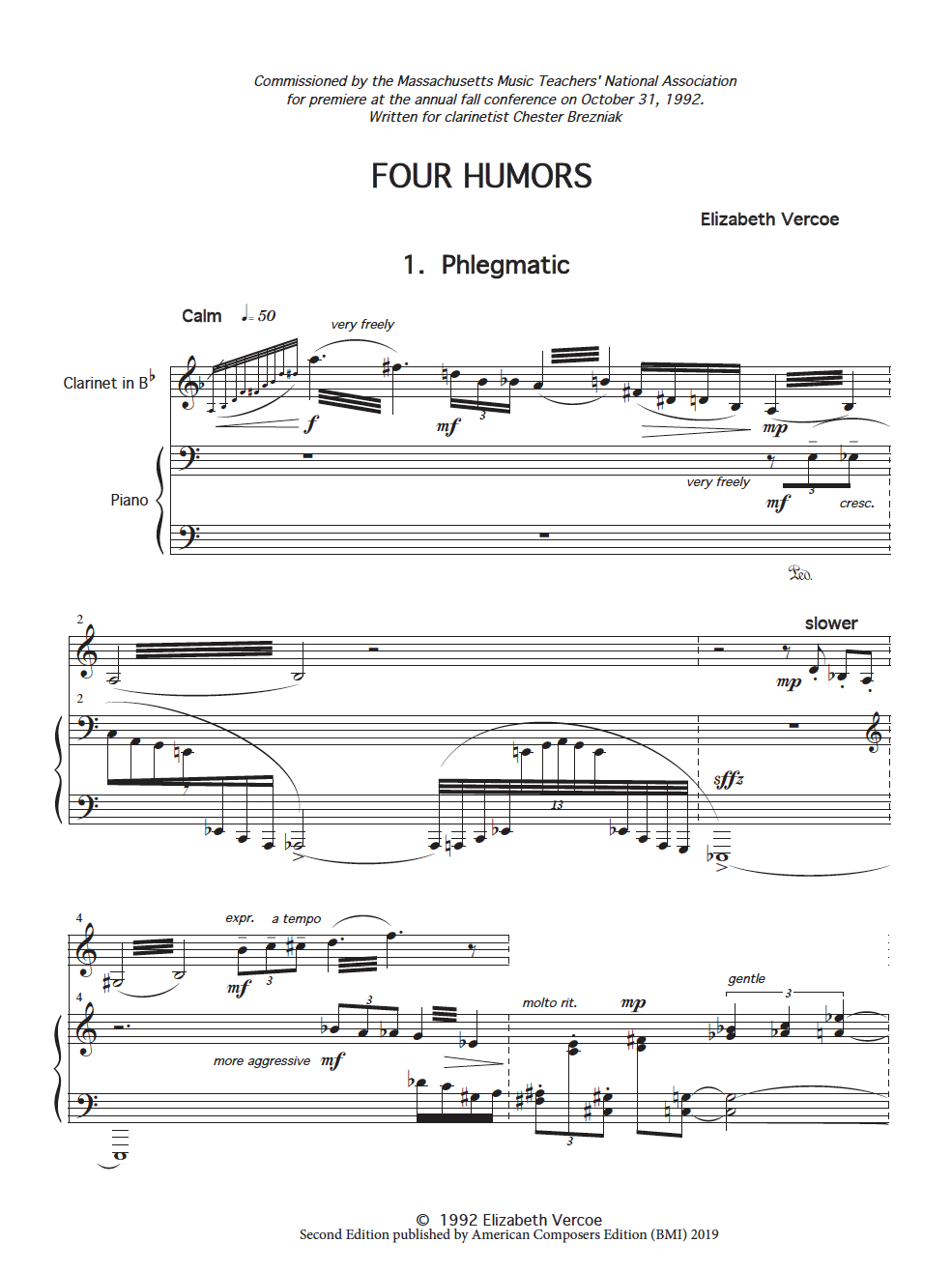 Four Humors for Clarinet and Piano is a virtuoso piece for clarinet that was commissioned by the Music Teachers' National Association for premiere at the annual conference of the Massachusetts Chapter in October, 1992.  The piece was completed with the assistance of a residency at the Palenville Interarts Colony in the mountains of New York state.

The music has several opportunities for solo clarinet improvisation and various rhythmic and harmonic echoes of blues, particularly in the third movement.  The second movement is a moto perpetuo for the piano.  The last movement is expansive and joyous.  The four movements are titled Phlegmatic, Choleric, Melancholy, and Sanguine, titles derived from the four humors described in Greek physiology.