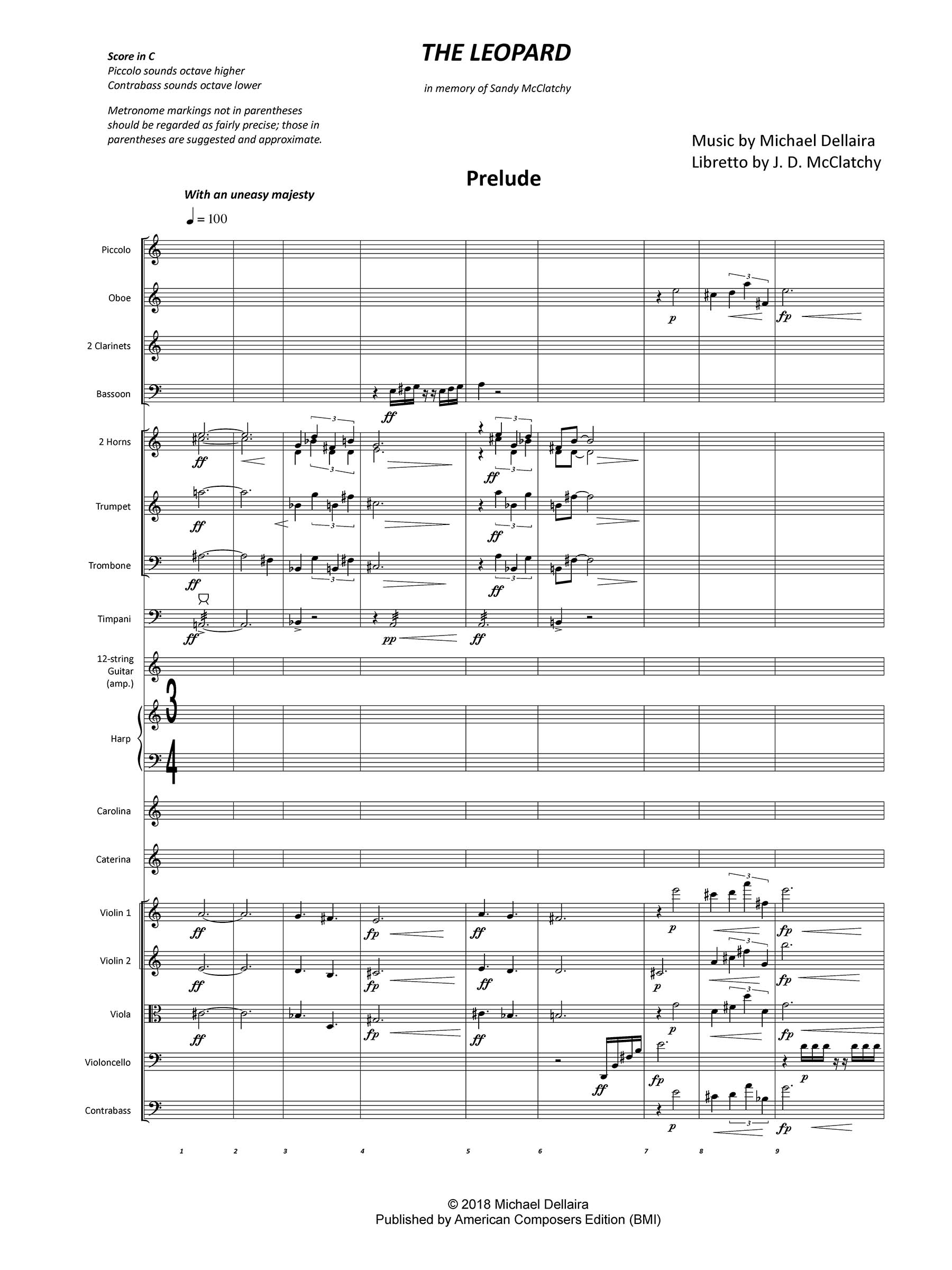 Note: No performances allowed in Italy without the approval of the Titanus Film Company.

In 1860, during the Risorgimento, Garibaldi has invaded Sicily and is sweeping the country towards a unified Italy. “If we want things to stay as they are, things will have to change” declares the young and idealistic Tancredi to his uncle, Don Fabrizio Corbera, Prince of Salina. The Prince, known as The Leopard because of his commanding personality, is of the old school, and he now faces a society in upheaval, and is forced to choose between decay and progress, between the downfall of the nobility and the future of his family. Based on the internationally acclaimed 1958 novel Il Gattopardo by Giuseppe Tomasi di Lampedusa, The Leopard is Michael Dellaira's third opera with J. D. McClatchy and was the last completed full-length work by the famed librettist.