THROUGH THE BRIGHTENING AIR 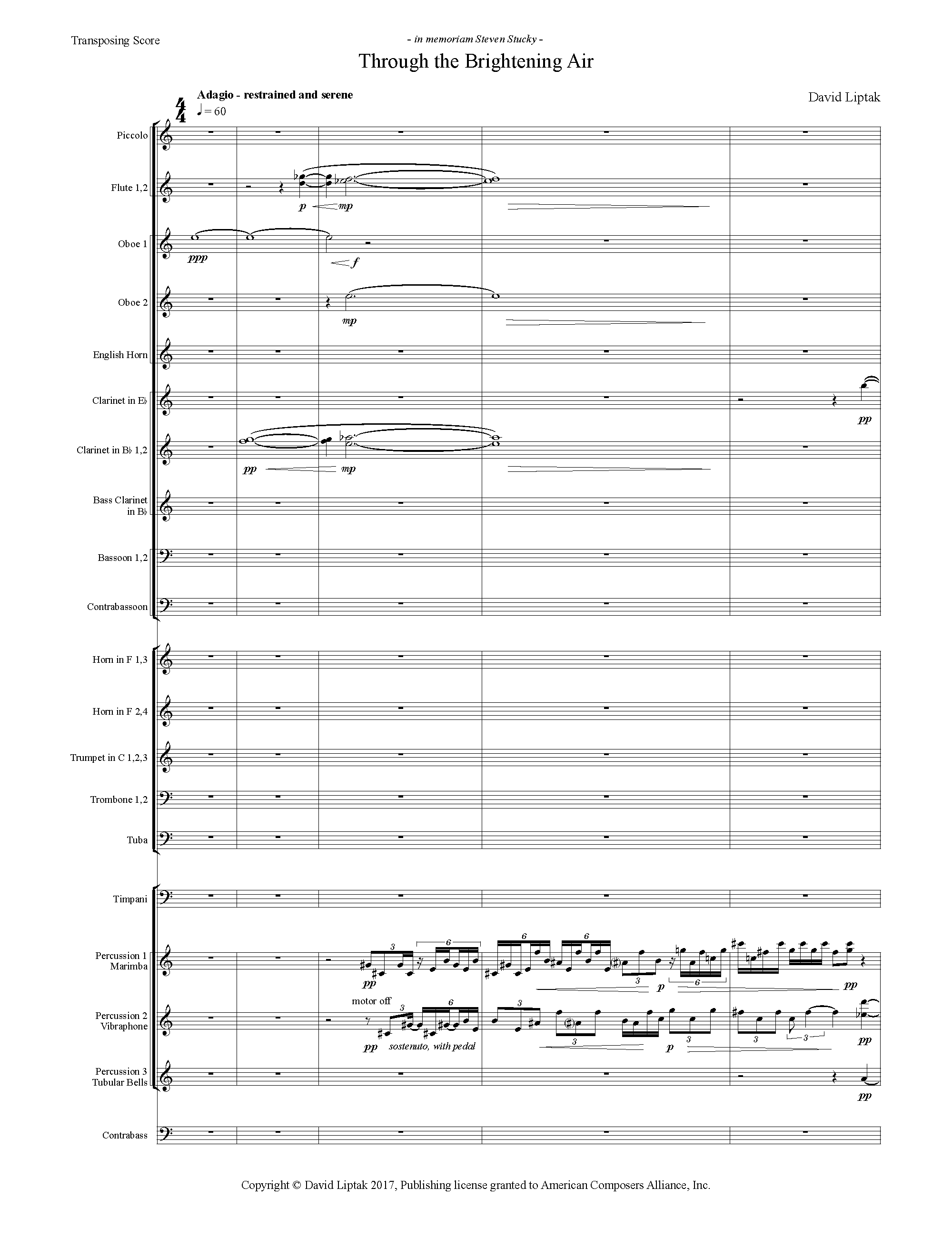 THROUGH THE BRIGHTENING AIR

Composer's note: Through the Brightening Air is written in memory of the composer Steven Stucky. Steven and I became friends in middle age, when both of us were living in upstate New York, with his long service at Cornell University and mine at the Eastman School of Music. I think about Steven as I read poetry by Yeats, and particularly his poem The Song of Wandering Aengus, from 1899. In the poem, Aengus has caught a little silver trout, but, as he was lighting a fire,

It had become a glimmering girl
With apple blossom in her hair
Who called me by my name and ran
And faded through the brightening air.

The poem's final stanza is reprinted in the score.

Though I am old with wandering
Through hollow lands and hilly lands,
I will find out where she has gone,
And kiss her lips and take her hands;
And walk among long dappled grass,
And pluck till time and times are done,
The silver apples of the moon,
The golden apples of the sun.

Through the Brightening Air was premiered by the Eastman Wind Ensemble and conductor Mark Scatterday in Rochester at the Eastman School of Music’s Kodak Hall on December 1st, 2017.

composed for the Eastman Wind Ensemble and its director Mark Scatterday