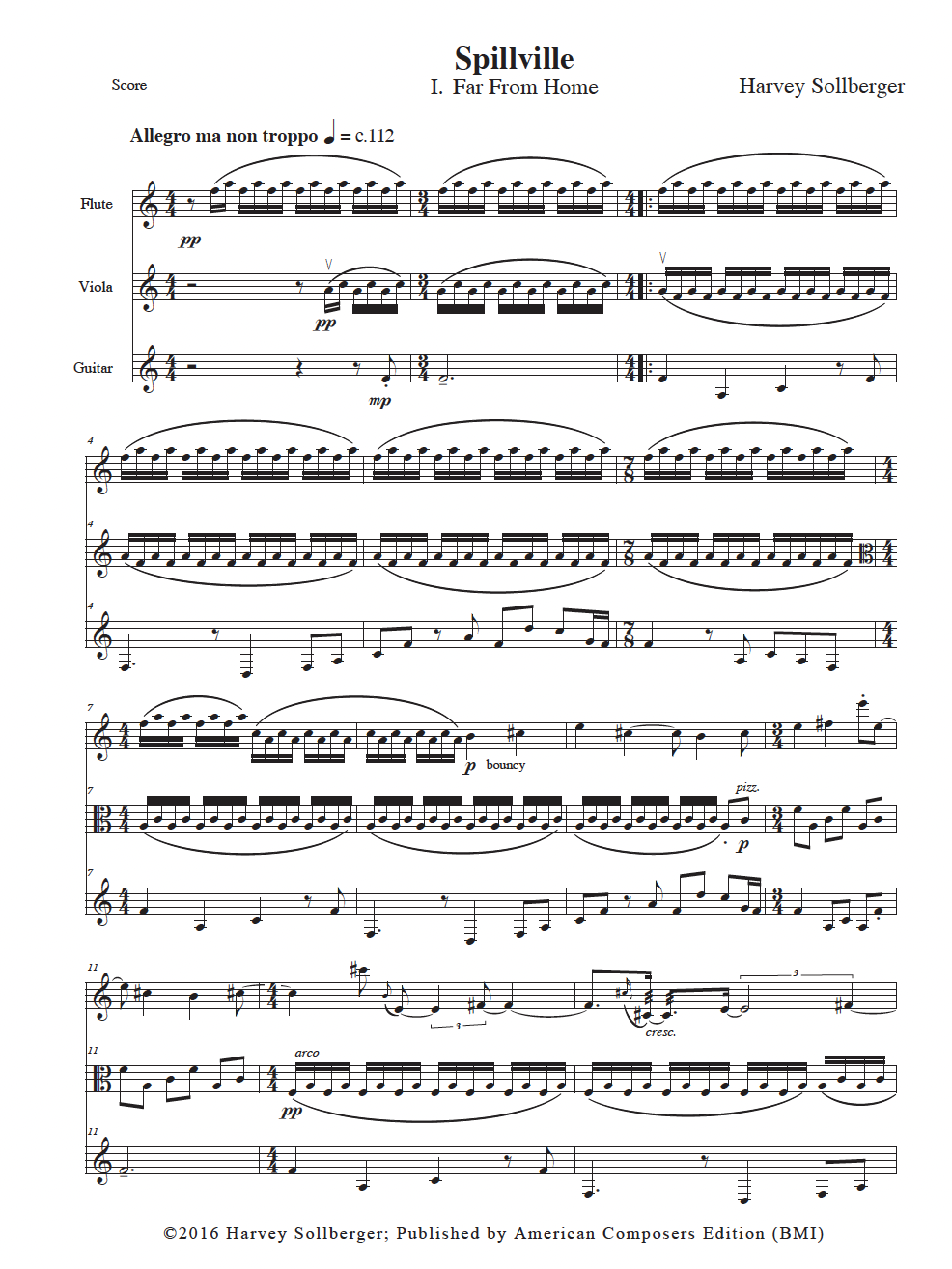 Spillville is inspired by Antonin Dvorak’s String Quartet in F, Op. 96 – nicknamed the American Quartet – written when Dvorak lived in Spillville, Iowa, in the summer of 1893. Several residents of this tiny town kept diaries during his summer there. We know that Dvorak traveled by train from New York to Iowa, lived in a small 2nd floor apartment with his wife and children, and rose early in the morning to take long walks along the Turkey River. He was struck by the sparsely populated, wide-open country and the songs of birds unknown to him – especially the melody of the scarlet tanager. He always carried a pencil, but when he forgot his notebook, he wrote musical ideas on his starched shirt cuffs or shirt collar – much to the dismay of the woman who did his laundry. These musical ideas, reflecting Iowa’s landscape and wildlife, coalesced to become the American Quartet, an iconic masterpiece that bears the distinct musical stamp of Dvorak’s first impressions of Iowa.

Sollberger’s Spillville is a seven-movement work for flute, viola and guitar. Each of the four main movements is a reflection of the corresponding movement of Dvorak’s quartet. Spillville is a fascinating reinterpretation of Dvorák’s musical language as refracted through Harvey Sollberger’s twenty-first century prism. Between each movement is a little serenade – an arrangement of a Czech folk song – each scored for two instruments.

New revised 2nd Edition, 2016, based on 2006 original score. Note that the 3 serenades within the work are for duo subsets of the trio.