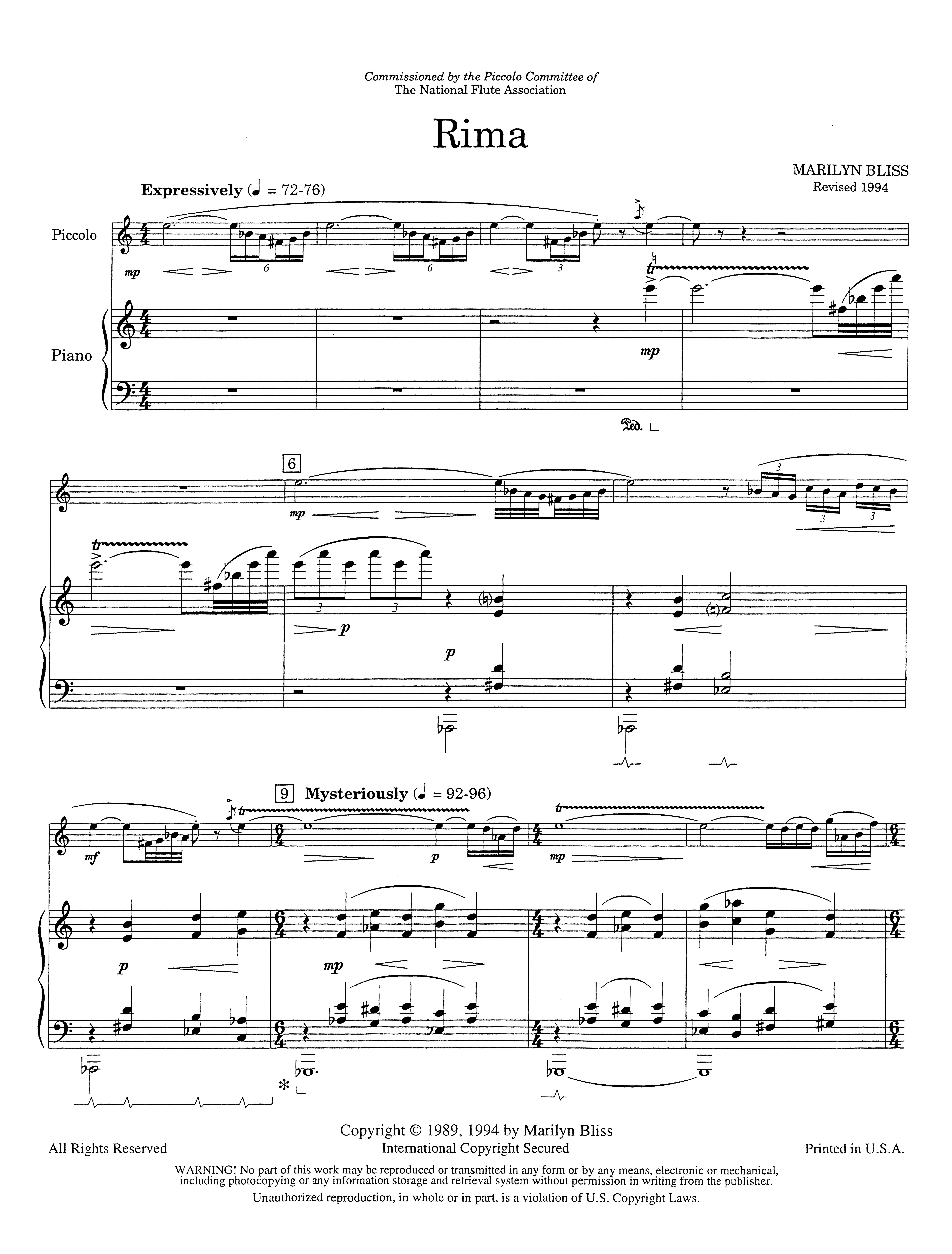 "Rima" for piccolo and piano is based on a character from William Henry Hudson's 1904 novel Green Mansions. Set in the Amazon, Green Mansions features the character of a girl-creature of the forest who communicates in a bird-like language. In Rima the piccolo portrays the character during the course of a day, from the first stirrings of dawn, through the animation of midday, to the bittersweet quiet of dusk. "Rima" was commissioned and premiered by the Piccolo Committee of the National Flute Association. It is used as a standard competition piece by the NFA. "...a significant contribution to the literature..." Flutist Quarterly. Recorded by Susan Glaser on Koch International Classics 3-7396-2-H1 and by Nicola Mazzanti on his self-produced CD "A Night with the Piccolo" available from CDBaby.com and from the artist.