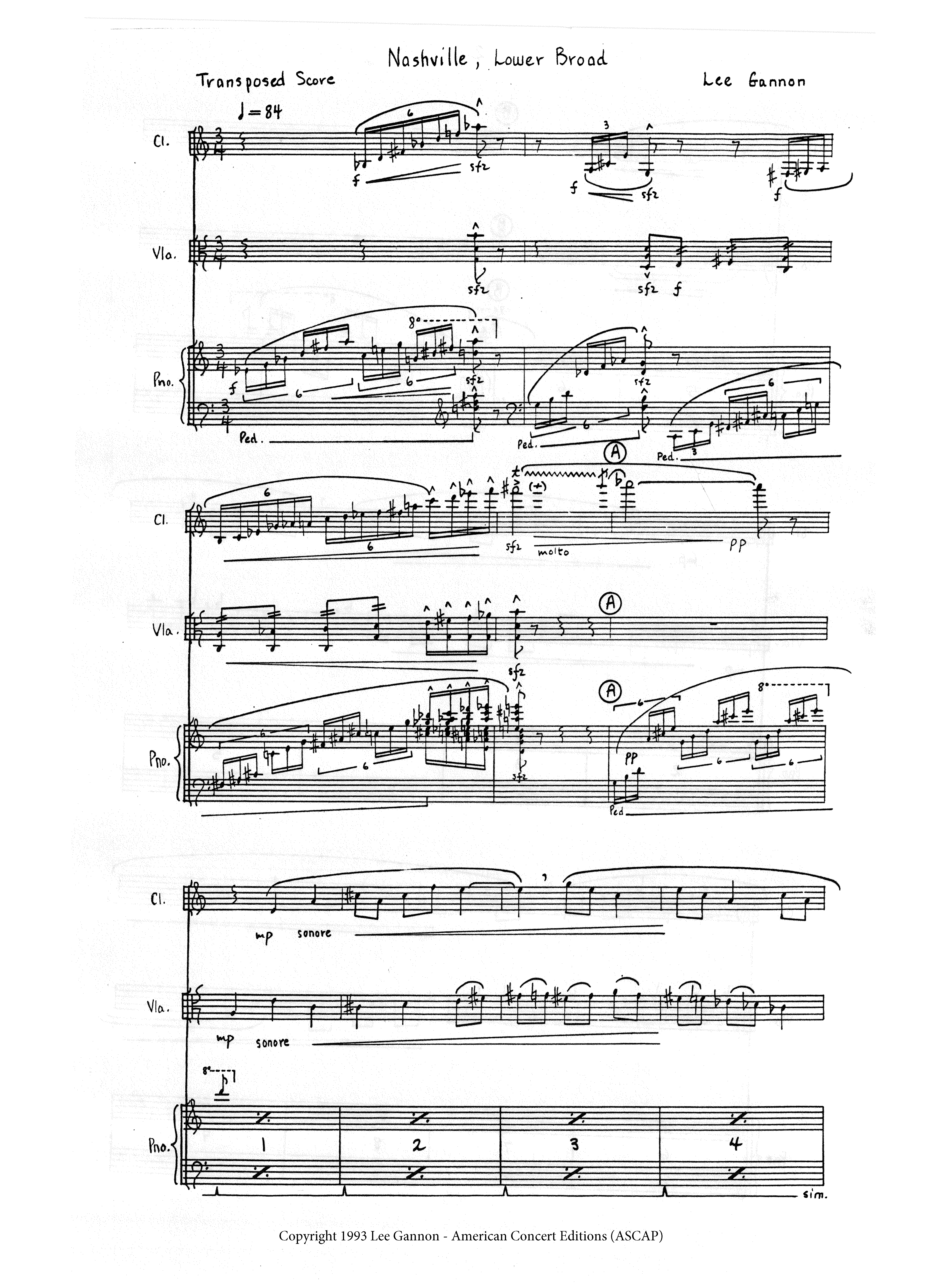 Composer's note: Nashville, Lower Broad refers to an area of Broadway in Nashville, Tennessee. It is a street which runs down a steep hill to the Cumberland River and is lined with many small "honky-tonks" where many young singers have tried to start a career in Country music. Though there are no references to Country music in this work, there are references to two particular landmarks that draw the boundary of this area of town. At the top of the hill is the First Baptist Church which is represented by the hymn "Jesus Lover of My Soul". At the bottom of the hill is the Silver Dollar Saloon which is represented by a rag-like section. In between, are the more colorful bars and hangouts which are expressed using some highly chromatic materials including several themes which are very "sly" and "slimy" in nature. This work was first written in 1983 and revised in 1993.