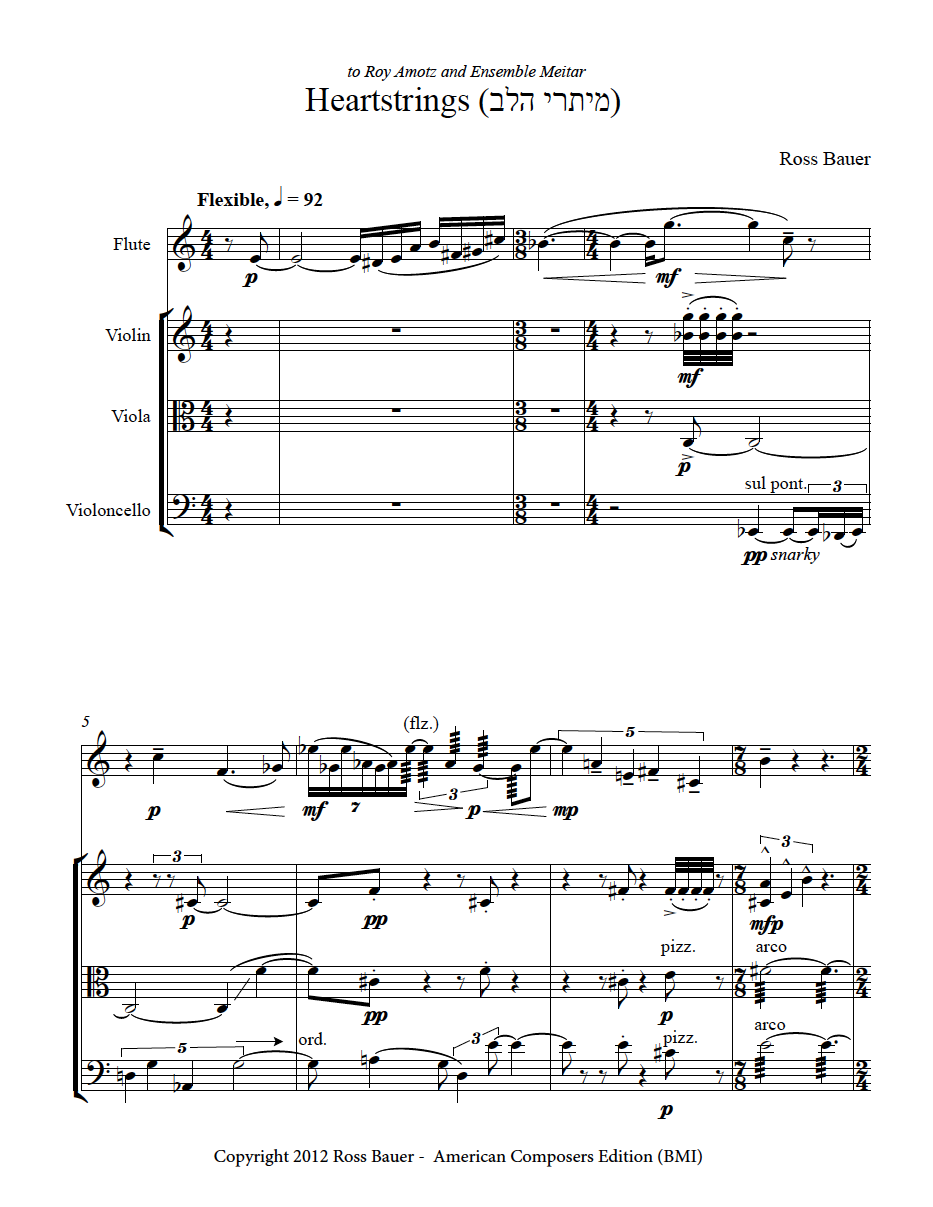 Heartstrings (2012) for flute and string trio, was written for the Tel Aviv based Meitar Ensemble and is dedicated to them.

I became acquainted with Meitar and their extraordinary flutist Roy Amotz through their performances of an earlier piece of mine, Stone Soup. When they asked me to compose something for them I jumped at the chance to feature the flute. This ten minute piece falls into three sections of unequal length, the first two of which begin with unaccompanied flute. Sections one and three are in a medium fast tempo and are quite active, while the second section is lyrical and sustained.

Heartstrings was premiered by Meitar at the Buchman-Mehta School of Music at Tel Aviv University in October of 2012 and was recorded soon after for eventual release on an all-Bauer CD of the same name.

"Bauer’s music is wonderful, as is the singing of Sarah Pelletier (beautiful tone, clear-as-a-bell diction) and the playing of pianist Lois Shapiro. Heartstrings (2012), a 10-minute solo for flute with string trio, is played by the Tel Aviv-based Meitar Ensemble. Flutist Roy Amotz has a big tone, abundant technical skill, and makes music from the heart." The American Record Review, May 2014