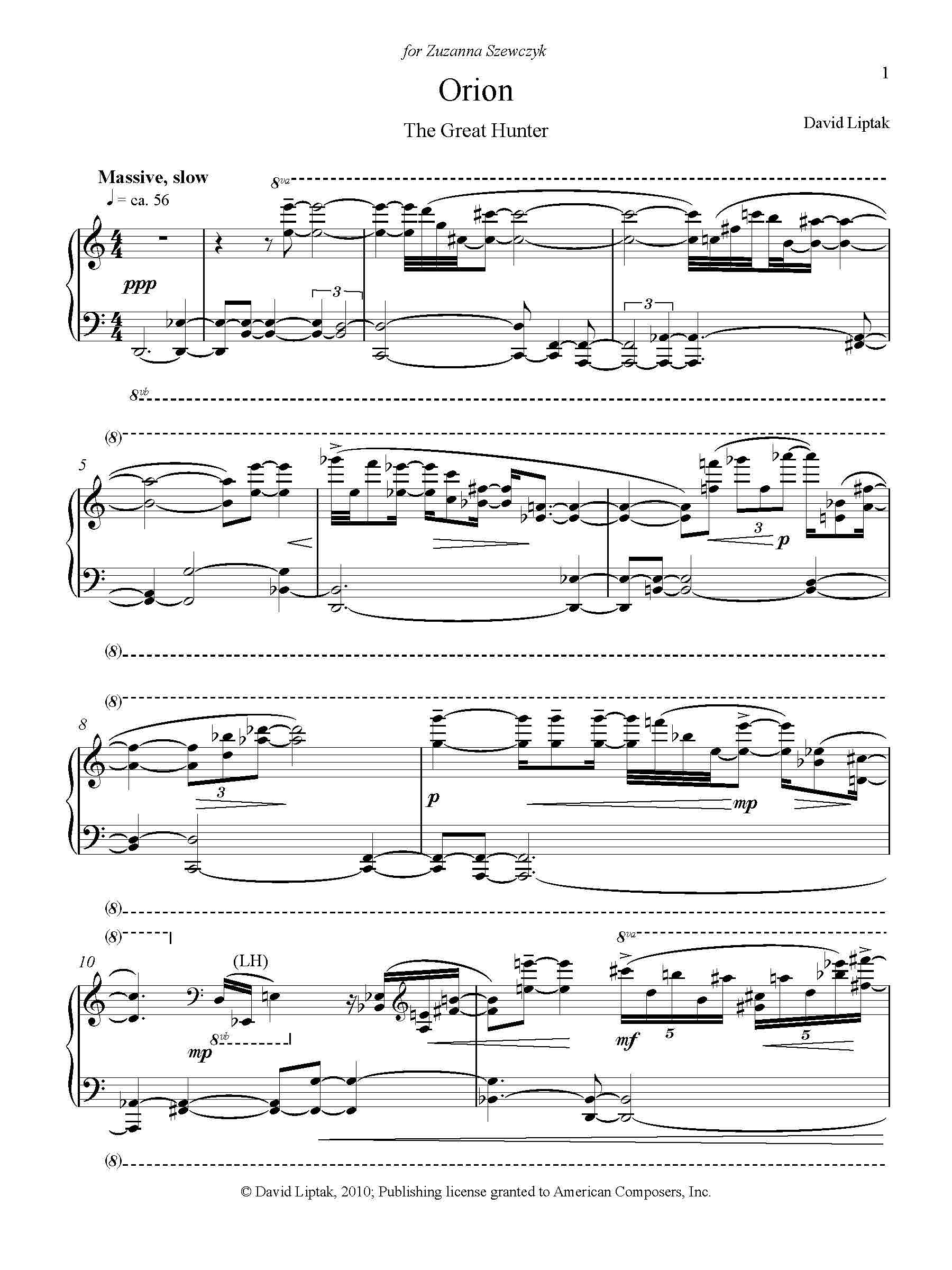 Constellations was composed between April and October, 2010, for the pianist Zuzanna Szewczyk. The titles of the movements are taken from the names of star constellations from both the northern and southern hemispheres. The piece is organized into three groups of three pieces, and the third piece of each group is a constellation named for a bird - Cygnus (the swan), Columba (the dove), and Aquila (the eagle). In these pieces there appears a passing reference to the piano music of Robert Schumann, and particularly to the elegance of figurative patterns found in his works for this instrument.