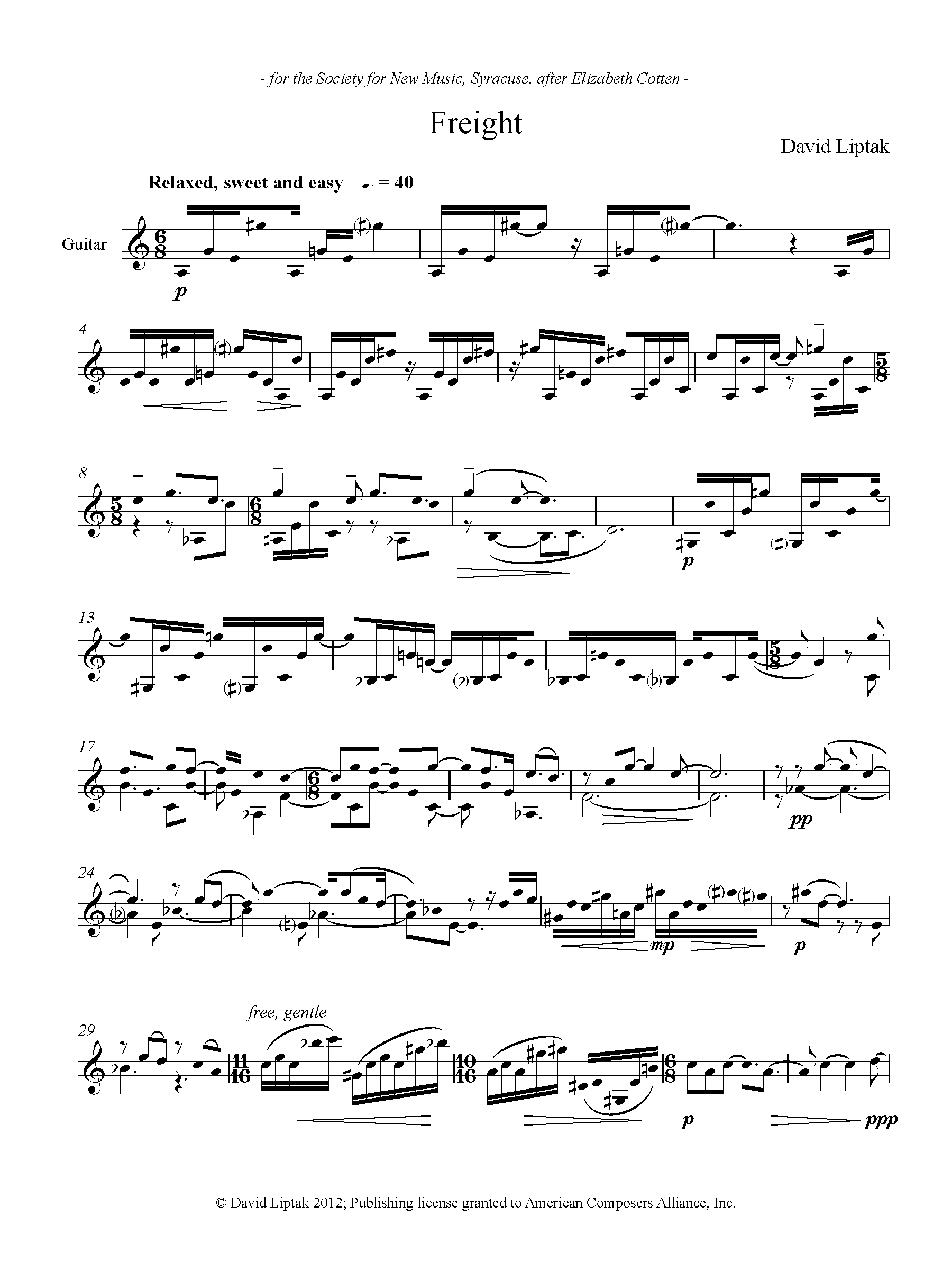 Composer's note:  "American folk music has its healthy share of individual stories, and among them is the story of Elizabeth Cotten (1893-1987). As a girl, she taught herself to play the guitar lefthanded, holding the instrument upside down and reversed. Married at fifteen, she did not play again until about age sixty, when she, by chance, was working as a housekeeper in the home of Ruth Crawford Seeger. Mike Seeger, folklorist and “old time”country music player, recorded her performing in the 1950’s, eventually releasing part of these recordings on Folkways Records. Elizabeth Cotten began to perform again, continuing well into her eighties. Freight was written for a Syracuse Society for New Music concert that celebrated Elizabeth Cotten, and it is a take on her signature song “Freight Train,” written when she was twelve."