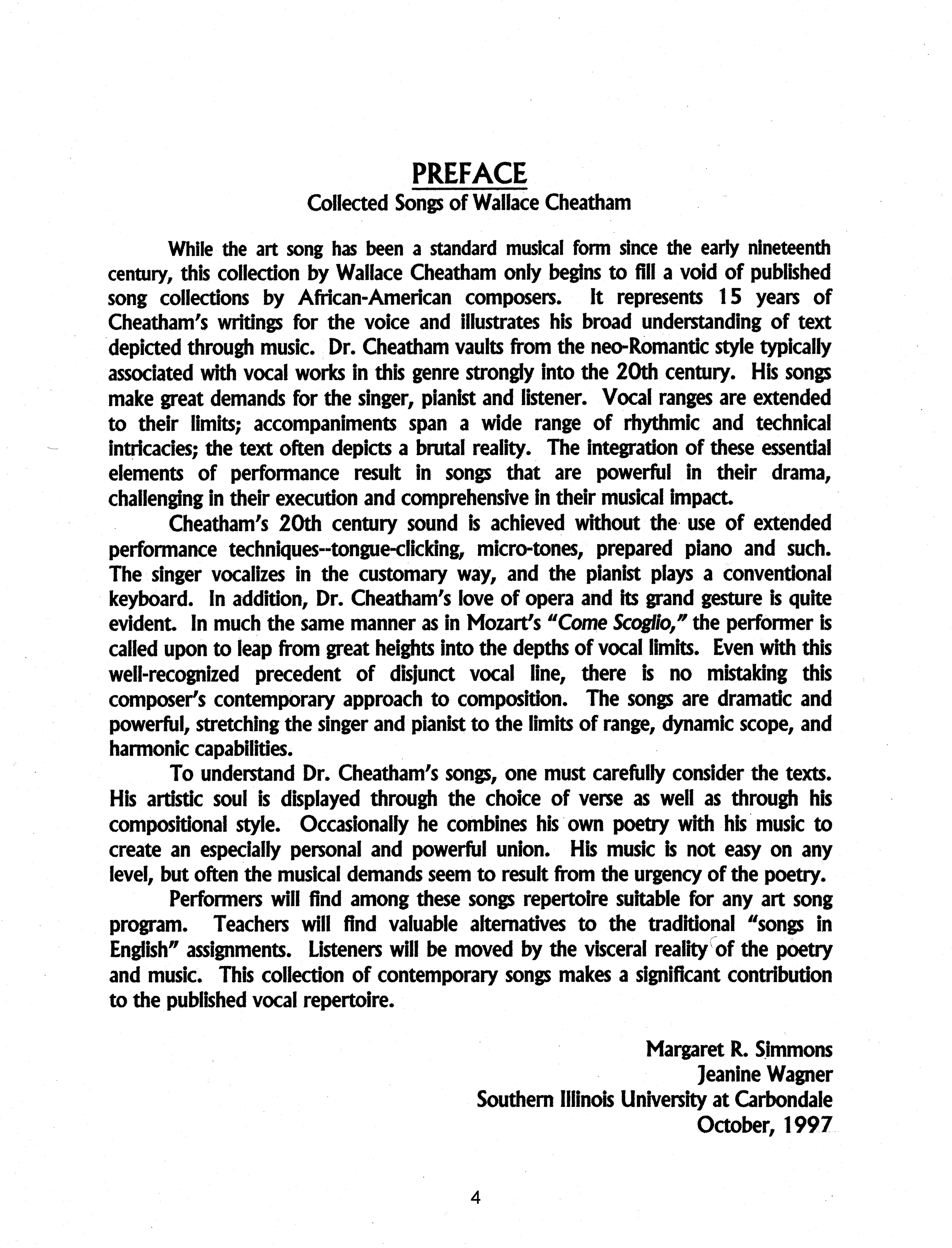 GIOVANNI SONGS are nine songs that use poems from the book SELECTED POEMS OF NIKKI GIOVANNI: renowned poet and professor of English at Virginia Polytechnic.

The poetry in SPIRITUALS comes from the folklore of Black America. With the intricate writing for both the voice and piano, these settings go beyond "arrangements" in the traditional sense.

88 pages of music, with additional sections of texts and notes.