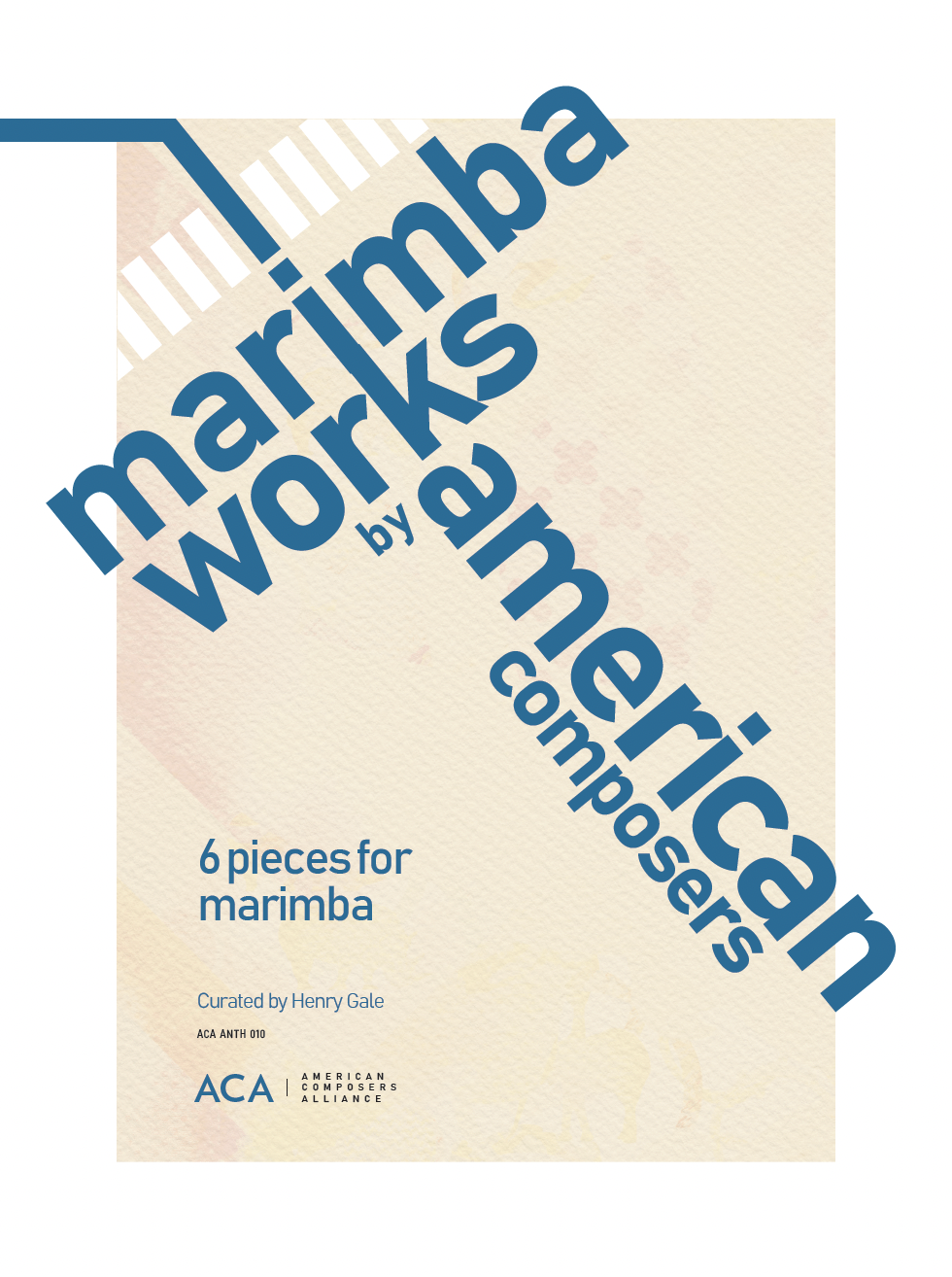 We gather here 6 works for marimba alone, all written after the turn of the century, from six separate compositional voices ― Van de Vate, Blank, Liptak, Gibson, Awad, and Carlsen.

Van de Vate features the marimba at its most virtuosic, as well as showcasing its more lyrical qualities, in the five relatively short movements of the Suite for Marimba. Blank contrasts the Suite’s overall cohesion with the individual, highly colorful Five Pieces for Marimba. Liptak’s piece titles are characteristic to each: Bones rattle against each other, Sticks are brittle and dry, and Dust lifts upward and floats away. Gibson’s Backbeat explores the ways that a percussion instrument can create a context in which the rhythmic element of the “backbeat” also becomes a point of melodic and harmonic interest. Awad’s elegant Maseveh traces a monody, flexing through rhythm, while Carlsen’s Gambangan has a playful, teasing tension that appears throughout the work, mischievously exploiting the marimba’s acoustical qualities.