Sonata for Bassoon and Piano (arr. for Trombone and Piano) 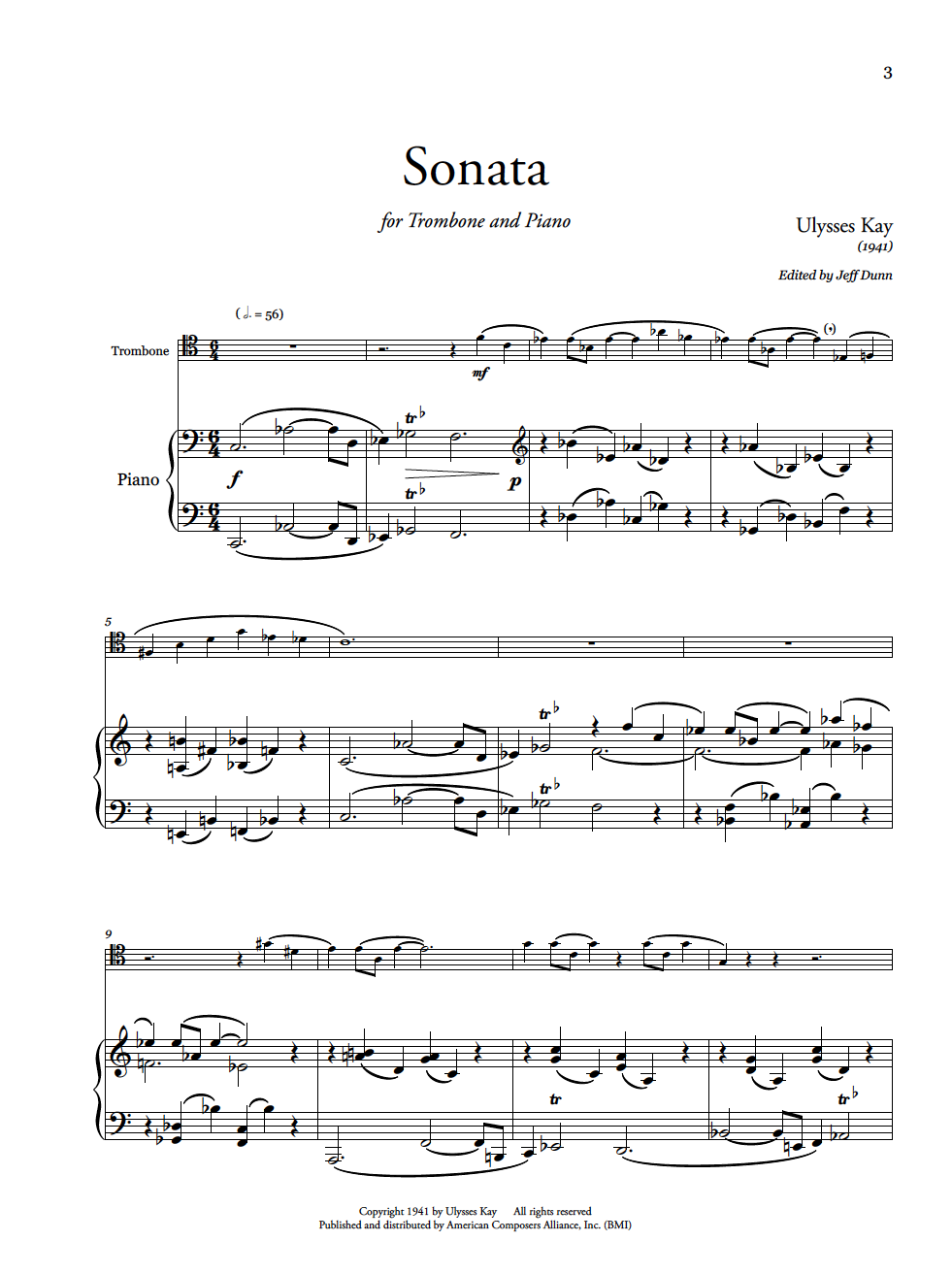 Sonata for Bassoon and Piano (arr. for Trombone and Piano)

This sonata was composed in 1941, originally for bassoon and piano. At the time, Kay was studying with Paul Hindemith, following his 1940 graduation from the Eastman School of Music. Kay only briefly had this work published, and withdrew it and apparently tried to destroy the manuscripts to hide the work. The Sonata was hidden enough that many scholars did not include it in comprehensive listings of Kay's compositions. I based this edition off the original manuscript, aiming to stay true to Kay's original intentions. My suggestions are marked in parentheses, so that the performer can distinguish between my markings, and Kay's notation. The bassoon part lays exceptionally well on the trombone, and the same would betrue for a euphonium as well.

Edited and arranged by Jeff Dunn.