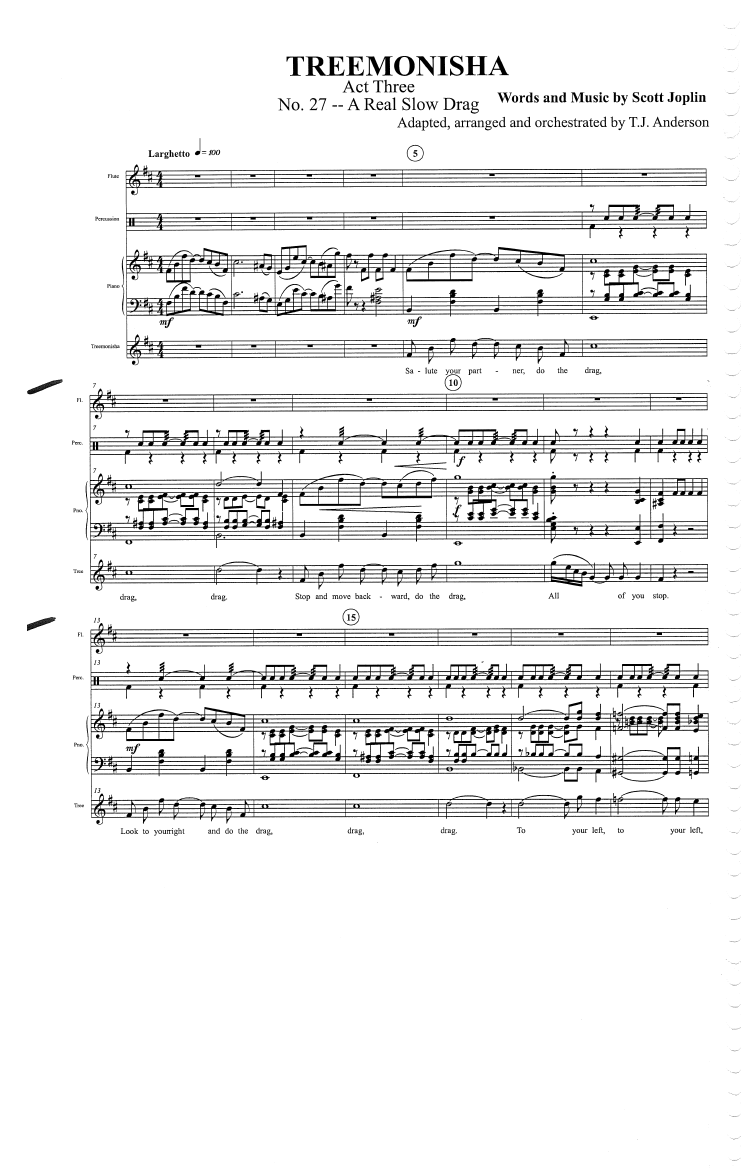 Words and music by Scott Joplin. Adapted, arranged, and orchestrated by T.J. Anderson.

The first fully staged performance of the Scott Joplin opera was given on January 28, 1972 at Morehouse College, in a production staged by Katherine Dunham and conducted by Robert Shaw, with orchestrations by T.J. Anderson. This production received fine notices, and brought Treemonisha to international attention.

On January 30, 1972 The New York Times published a review by Harold C. Schonberg: “In writing 'Treemonisha' - the libretto was his own – Joplin clearly intended to author a social as well as musical document. He set up the forces of ignorance and superstition against liberalism and education represented by a young lady named Treemonisha.” “Morehouse College, aided by a Rockefeller grant, gave 'Treemonisha' an ambitious performance.

Thomas J. Anderson, a visiting professor at the college, orchestrated the opera in a style that follows the one example of Joplin's orchestration that has come down to us. ”The opera concludes with 'A Real Slow Drag.' Schonberg writes: “This slow drag is amazing. Harmonically enchanting, full of the tensions of an entire race, rhythmically catching, it refuses to leave the mind. Talk about soul music!”