TREADMILL OF MY OWN 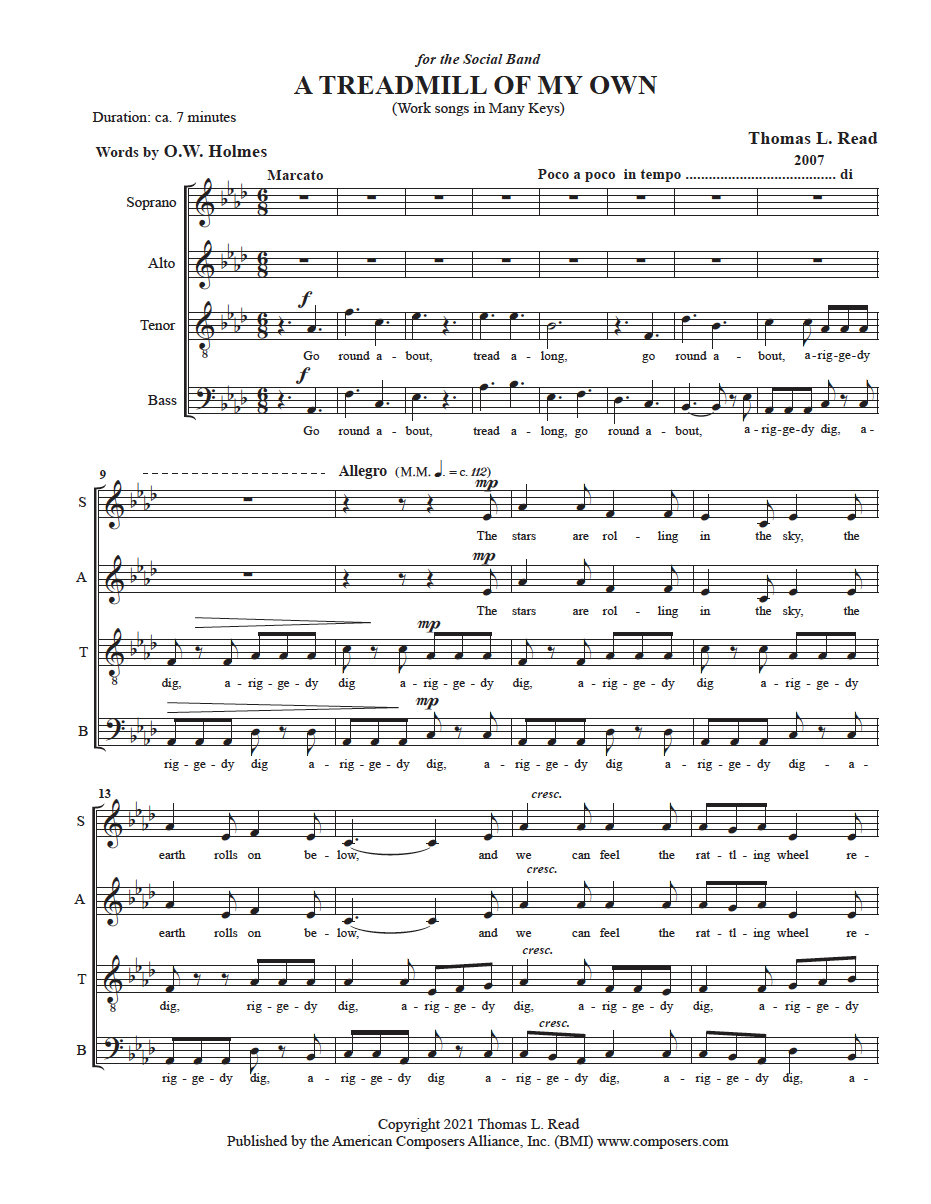 TREADMILL OF MY OWN

For my contribution to The Social Band’s concert of “Work Songs,” programmed in its 2007 season, I set two of O. W. Holmes’ poems: an early, playful rhyme and a later, serious and suitably upright homily that the poet supplied for an anniversary of the Berkshire Agricultural Society. I’ve set all five stanzas of The Treadmill (1836) and a selection of lines from The Ploughman (1849) that were published as part of a collection entitled “Work songs in Many Keys.” These texts resonated with me, offering, when placed side by side, a timely, ironic and allegorical frame. [“The lord of earth, the hero of the plough…” and “They’ve built us up a noble wall…”]

The same melody is repeated for each stanza of The Treadmill. Each repetition is given to a different voice accompanied by different harmonies and rhythms. The music of the Ploughman begins suddenly- a rude, stark interruption of the merry proceedings of the treadmill workers. Now there is almost no exact melodic repetition, and rather than progressive, the harmonies are static. Finally, a partial reprise of the treadmill music, emphasizing the last line (“I mean to have a treadmill of my own,”), brings the chorus to a wryly triumphant close.