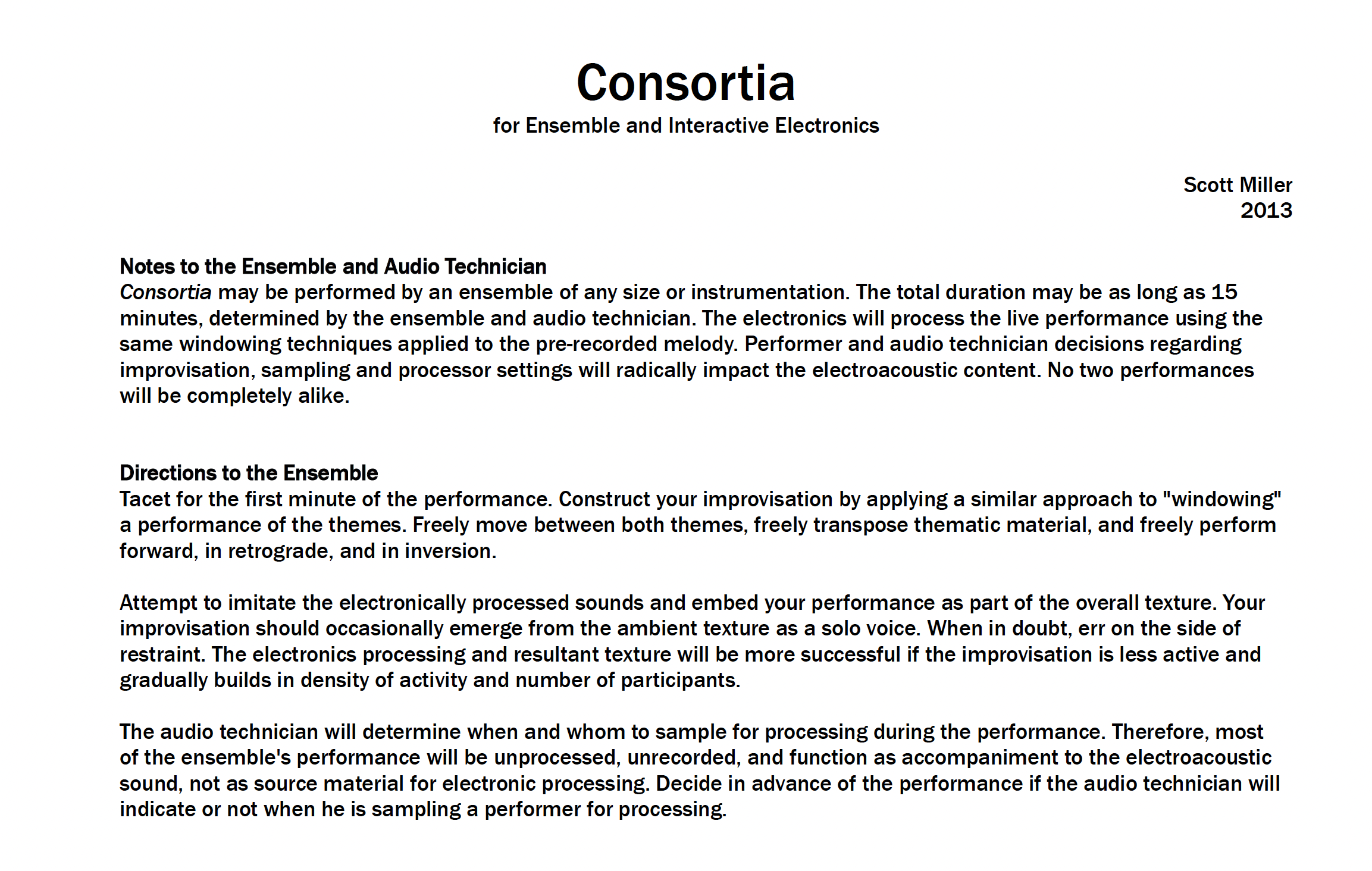 Consortia is a revised version of an earlier work, Consortium, adapted for ensembles of any size or instrumentation. It is the result of work that never made it into the multimedia chamber opera The Cosmic Engine.  The electroacoustic background structure and live improvisations are based on the works of two English Renaissance composers, William Byrd and John Jenkins. A prerecorded version of the Jenkins melody (as recorded by cellist Jacqueline Ultan) begins the work, processed in real-time by the computer. The ensemble joins, improvising around the two English Renaissance themes, which are themselves processed by the computer, building a fabric of sound constructed of all these sources.

The computer processing of the sampled sound is inspired by the intersection of the ancient ideas of canon and isorhythm, and the rather more modern ideas of sample looping and phase-shifting. In the performance, the audio technician records, transforms and loops a portion of each melody in a large window of time, between two- and six-beats wide. Over the course of 11 minutes, this window gradually traverses the length of a 32-beat melody, all the time adjusting and transforming the material being looped, in addition to being modulated by computer tracking of the performers. This creates a kind of canon that is the foundation for the live, improvised performance that implements this same idea of moving windows to both melodic lines.

Players imitate the electronically processed sounds and embed their own performance as part of the overall texture.