Blue in the Distance 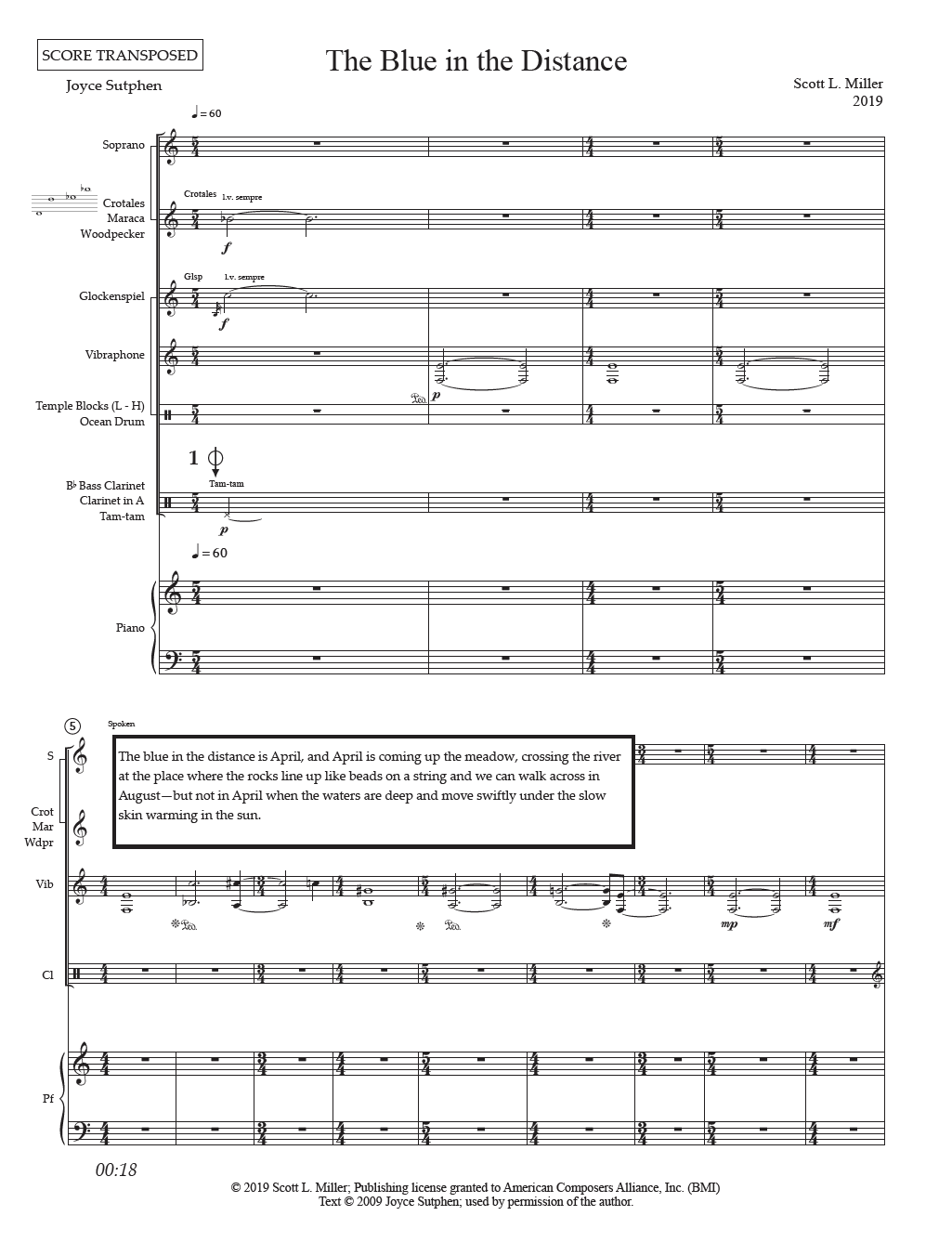 Blue in the Distance

The Blue in the Distance is a setting of Minnesota Poet Laureate Joyce Sutphen‘s poem, which I wrote for soprano Tracey Engleman and Minnesota’s new music chamber ensemble Zeitgeist. It can be performed in sync with an accompanying immersive, 360º Virtual Reality film. Audience members are provided with VR headsets to watch the 360º film version during performance. For those who prefer not to wear VR headsets, a 2D version of the film is simultaneously projected.

My first work for VR, Raba, was created in response to a visit to the immense Marimetsa Raba in Estonia, an enormous ancient bog. I wanted to create a new VR concert work based on an inspiring natural Minnesota location for my longtime friends and collaborators here to perform. I chose the Quarry Park Reserve in Waite Park, MN, as the location and began filming there in April 2018, in the days following the blizzard that month. It was important to me to add a narrative element to the film, so I set about looking for poetry that resonated with the project, ideally by a Minnesotan and about Central Minnesota. I came across the work of Minnesota Poet Laureate Joyce Sutphen; Joyce grew up in St. Joseph, not far from Quarry Park (it was just a closed granite quarry then), and her work frequently evokes imagery and aspects of life in Minnesota. Her poem, The Blue in the Distance, perfectly captures the natural seHing of Quarry Park, and provided a structure for me to organize the film and music around.

This work was created with the support of Mark Gill, Director, St. Cloud State University Visualization and Simulation Lab, and with film editing and production assistance from Kyle YoHer and Jack Wald. Further support was provided in part from the SCSU Department of Music; MN NICE - The Minnesota (State) Networked Immersive Collaborative Experience; the Minnesota State Innovation Funding Program, and the American Composers Forum through the 2018 McKnight Composer Fellowship Program.

Soprano and clarinetist are also required to play some percussion instruments. This piece can also be performed with an optional VR component - please contact [email protected] for more information.