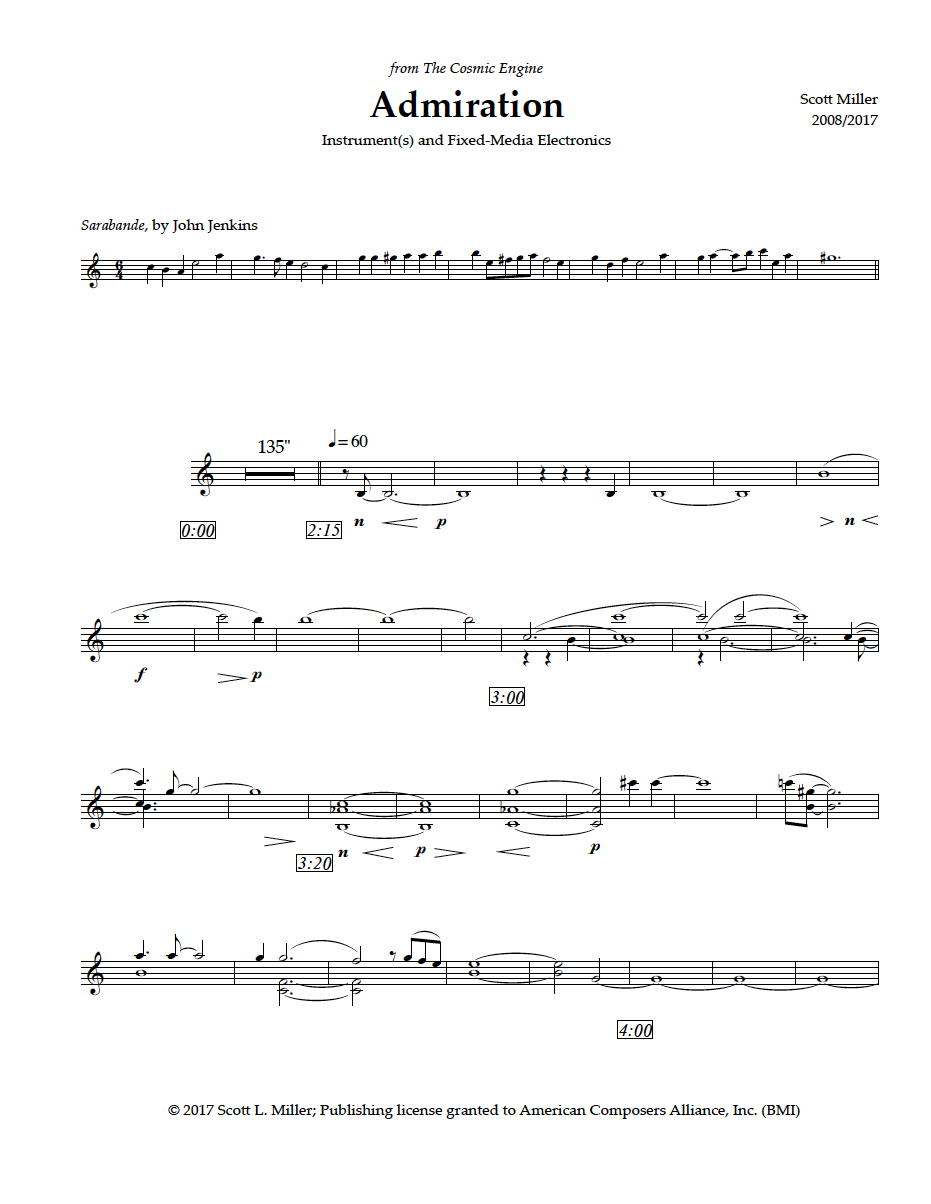 Admiration was originally written for The Cosmic Engine, a collaboration with Rosemary Williams and Pat O’Keefe commissioned by The Southern Theater with support from the Jerome Foundation. It is a video and music performance loosely based around the legend of the Astronomical Clock of Prague, in which the 14th century rebuilder of the clock, Hanuš, was blinded by the Prague City Councilors after completing his work so that he could never build another clock that would surpass its beauty. The music is constructed from independent, intersecting cycles of sound which reflect the movement of the elements of the Prague Clock and how we as humans move and intersect in our daily lives. The sonic cycles in Admiration are recordings of a Sarabande by early Baroque English composer John Jenkins, played by clarinetist Pat O’Keefe and cellist Jacqueline Ultan. I have programmed Kyma to perform multiple copies of these individual lines very slowly through the original 33 second melody, over the course of approximately 9 minutes. Each individual melody’s progress is influenced by what they “hear” each other doing, and they adjust their own playback and processing to accommodate each other. This provides the background for the live performance, which is traversing the melody in its own, even slower pace.

Uses aspects of Sarabande, circa 1600, by English composer John Jenkins.

The fixed-media electronic sound is provided in the form of a stereo WAV file, performed on a stereo playback device, mixed with amplified acoustic instrumental sound.