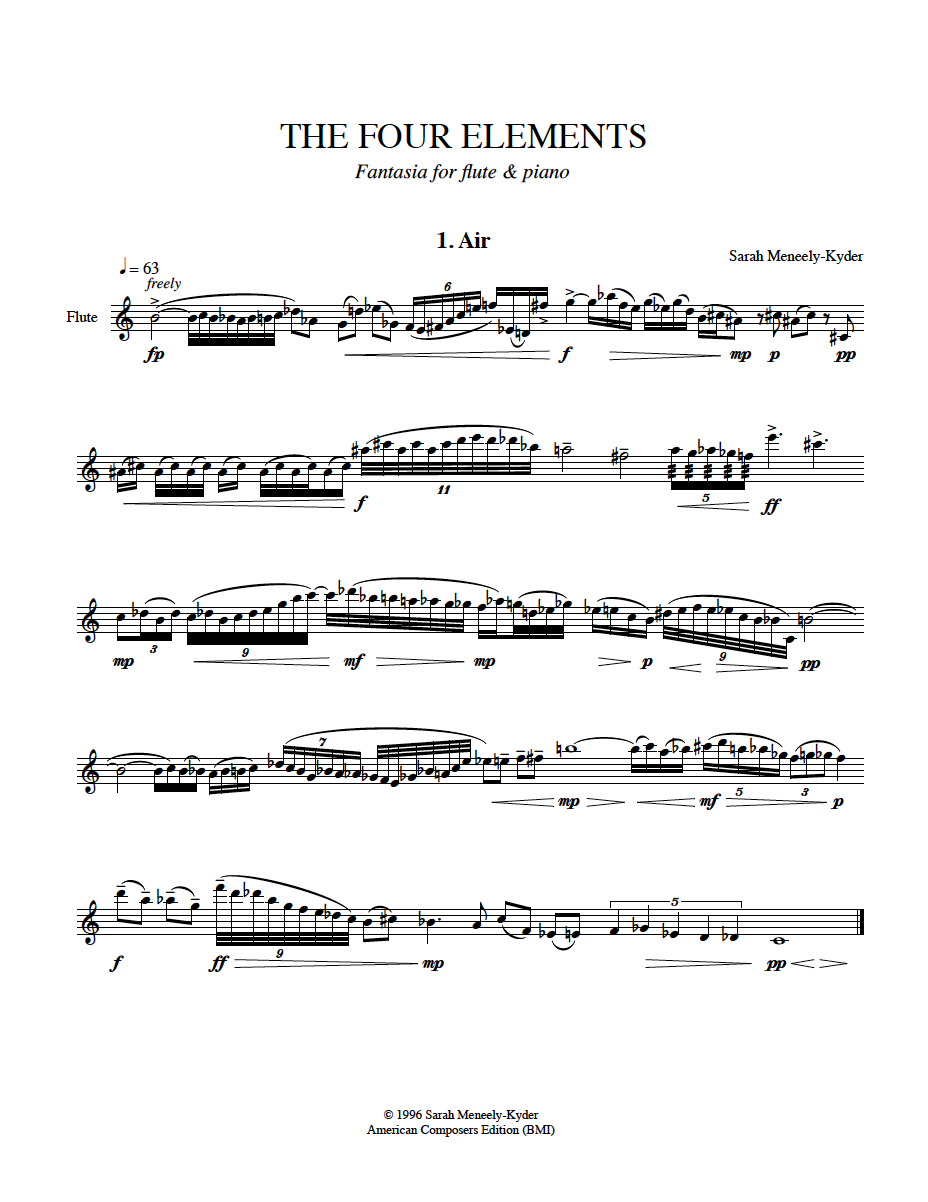 This work, for flute and piano, was written in the summer of 1996. The four elements that I had in mind when I wrote this work were Earth, Air, Fire and Water as they exist individually and in combination with one another. Metaphorically the five movements of the piece are suggestive of the elements as they relate to the senses of touch, sight, audition and emotion. Peter Standaart, for whom I wrote the piece, provided two wonderful earth images that fertilized my compositional imagination! Earth (Gaia) represents the realm of the material, all that is practical, the tangible results of our labors. It is also symbolic of our individual bodies coming from dust, that illusion of being separate fragments of the One Self. Sophia was recognized by the Gnostics as being the feminine aspect of the Divine Creator. She was Wisdom and Compassion. She was the Holy Spirit, Mother of Christ. Along with God she cocreated the universe. She also had a very playful nature and legend tells us that after the creation, she was playing “hide and seek” with God and hid herself in every part of the earth. It is now our task to find Sophia not only within ourselves, but, as well, in everyone and everything we see. Hence, symbolically, she is the underlying Unity in multiplicity.

Two brief poems came to mind, the flrst surrounding water as it relates to the emotions (tears, in this case), the second surrounding Sophia and her spiritual relevance.

Despite the toughened things you see,
Water is the greatest part of me.

All the zeros in the world without the one are nothing,
crowded in a would-be world of multiplicity.
one + one + God is One, not three.
Now you have Eternity.