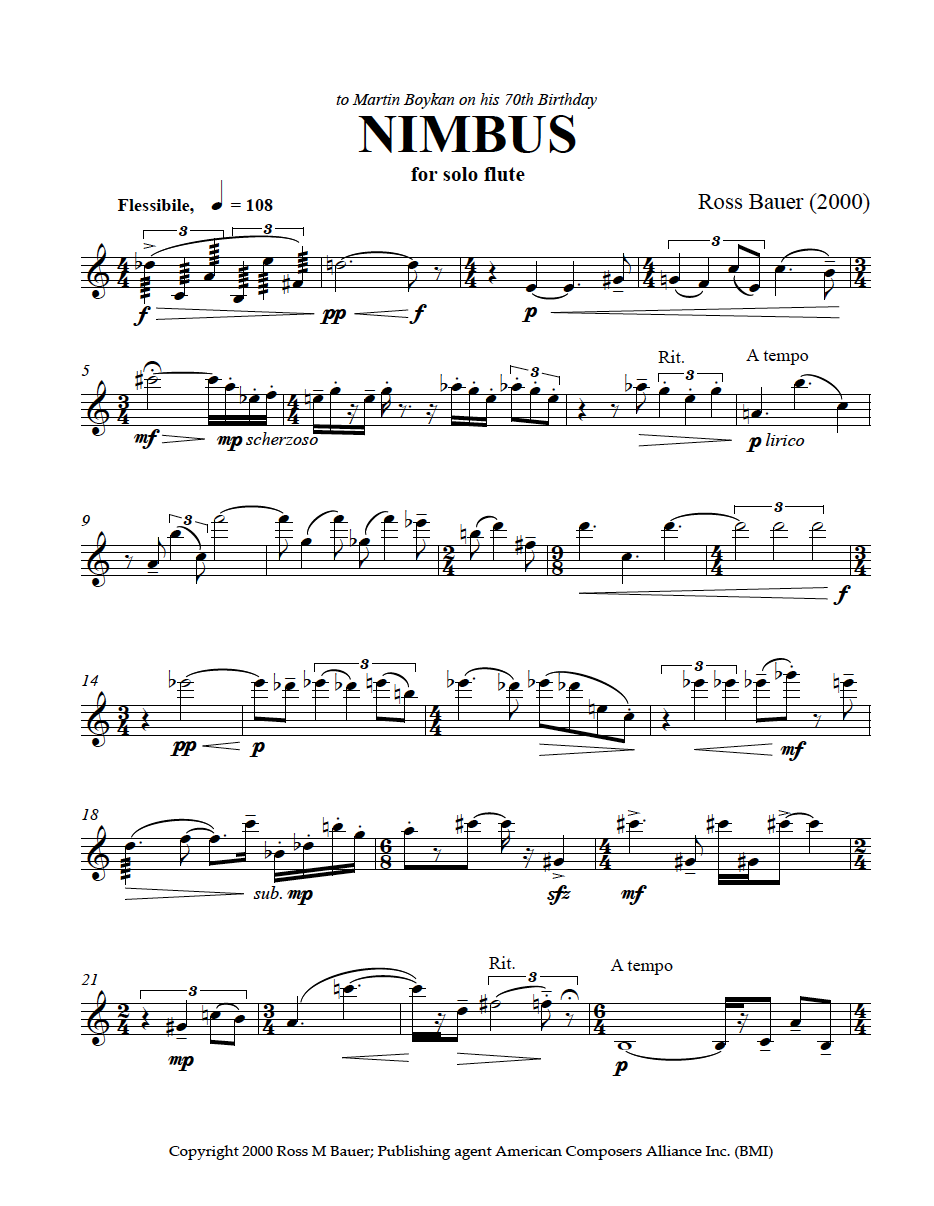 Nimbus, premiered by Matthew Krejci on a Music Now concert in Sacramento, CA in October, 2002, is a short piece for solo flute written at the request of Perspectives of New Music for their festschrift in honor of Martin Boykan’s seventieth birthday. While no attempt was made to make any specific allusions to Marty’s music, the piece does capture some of the intensely lyrical qualities of it as well as, I would hope, the flexibility and elegance of phrasing found in the music of my primary teacher. After behaving in a characteristic manner for most of the piece, the flute engages in a quasi impersonation of a violin in a ten measure passage near the end. Following this, at the very end, it reverts to typical flute-like behavior in an explicit and whimsical reference to the beginning of the second half of the piece.