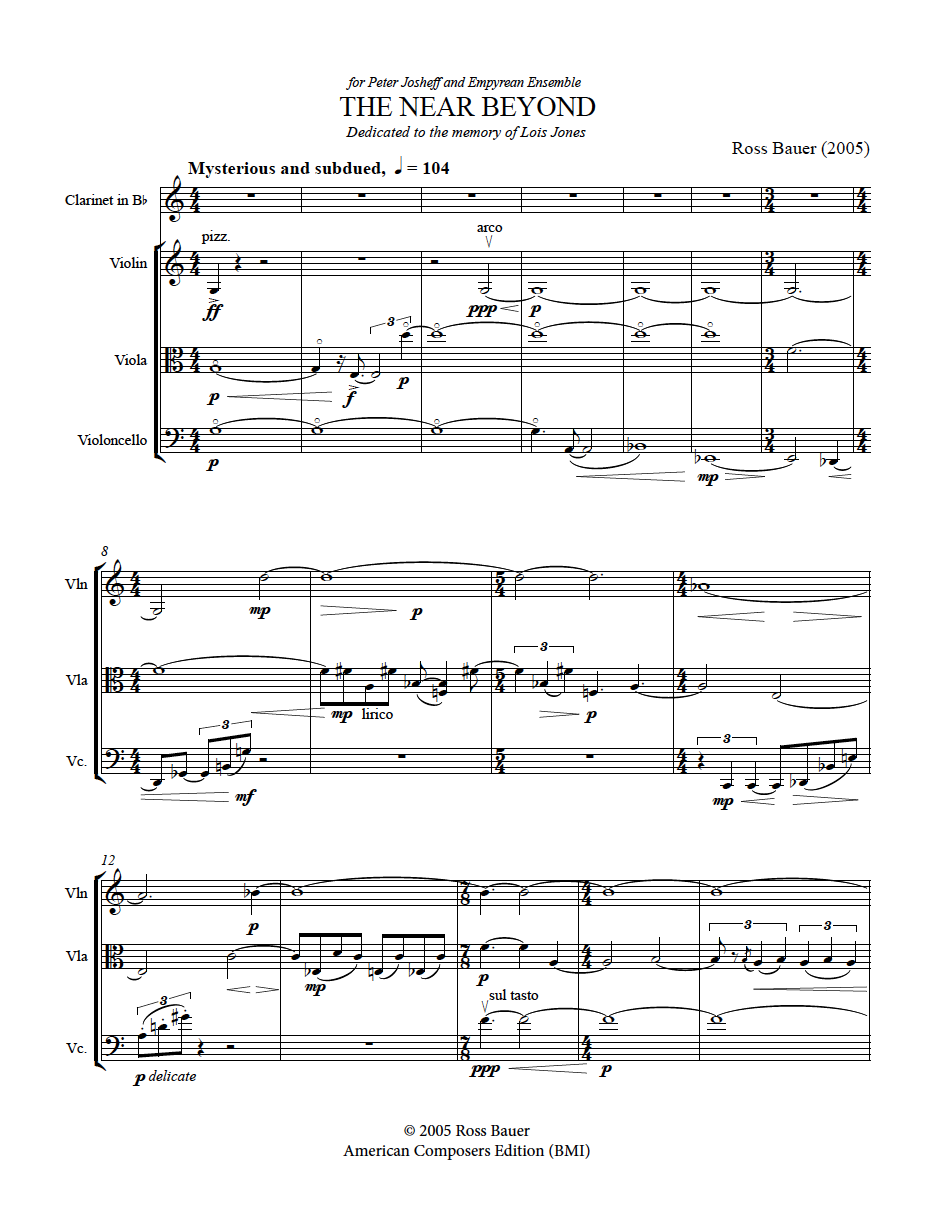 The Near Beyond, for clarinet, violin, viola, and cello, was composed during the Fall of 2005 (at the request of Laurie San Martin and Yu-Hui Chang) for Peter Josheff and Empyrean Ensemble. It’s dedicated to the memory of Lois Jones, an early and fervent supporter of Empyrean Ensemble, a friend of modern art of all kinds, and a warm and wonderful human being. Although there are some expressive moments, particularly near the end, The Near Beyond is not of an elegiac character. Lois’s spirit was too buoyant for that.

In one movement lasting around ten minutes, the piece falls into six sections of varying length. The opening, marked Mysterious and subdued, quarter note = 104, unfolds slowly with long, drawn-out harmonies in the strings leading seamlessly into a lyrical viola solo. Things become more animated with the entrance of the clarinet initiating an extended passage featuring dialoguing with the strings. The tempo increases and the clarinet takes center stage with the strings playing pizzicato accents in octaves leading to a very long, wide-ranging tune with continuous pizzicato arpeggiation. The fifth section, for the strings alone, builds to an intense climax in double stops that then dissolves into a col legno battuto upbeat passage (tapping the strings with the bow). The sixth and final section, the only truly slow music of the piece, has the clarinet playing a variant of the opening string tune in counterpoint with the strings, it’s last two notes doubled by the cello. The cello has the last word: a descending passage marked morendo (dying away).