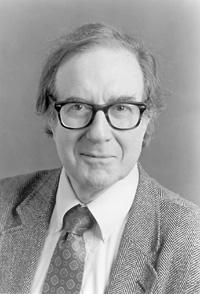 Internationally known as a soloist, chamber music player, teacher, and recording artist, Ronald Roseman (1933-2000) made more than fifty-five solo and chamber music recordings, including the Haydn Concerto for Vox, the Schumann Three Romances, Hindemith, Gunther Schuller, and Saint-Saëns Sonatas for Desto, and the Poulenc and Telemann E Flat Sonatas for Nonesuch. His recording of the Handel Solo and Trio Sonatas (also for Nonesuch) was chosen as “Critic’s Choice” by High Fidelity, “Top of the Classics” by Cue, and “Recording of Special Merit” by Stereo Review.

He was a member of the New York Woodwind Quintet from 1961 and toured with them extensively in the U.S.A., Europe, Russia, Asia, and South America, as well as made numerous recordings with the group. Mr. Roseman was also oboist of the Bach Aria Group and was acting Co-Principal with the New York Philharmonic for two years. He appeared with the Juilliard, Tokyo, Guarneri, Lenox, Fine Arts, and Composer’s String Quartets, and was a guest artist with the Chamber Music Society of Lincoln Center and Speculum Musicae. He performed at many music festivals including the Casals, Aspen, Waterloo, Kuhmo, Norfolk, Bowdoin, Young Pyung (Korea) and Grand Canyon Festivals.

Ronald Roseman was an active composer; his teachers were Ben Weber, Elliott Carter, Karol Rathaus, and Henry Cowell. His works include a Wind Quintet, commissioned by the N.E.A. and recorded for Musical Heritage by the Soni Ventorum Quintet, a setting of Psalm 22 for tenor solo, chorus and orchestra, commissioned by the National Chorale and premiered by them at Avery Fisher Hall in 1989, and a Double Quintet for Woodwinds and Brass, commissioned by the Norfolk Chamber Music Festival, released on a CD by New World Records. Other commissions included a Trio for flute, oboe and cello and Four Holy Sonnets of John Donne for Goliard Concerts, premiered in New York at Weill Recital Hall in November, 1995.