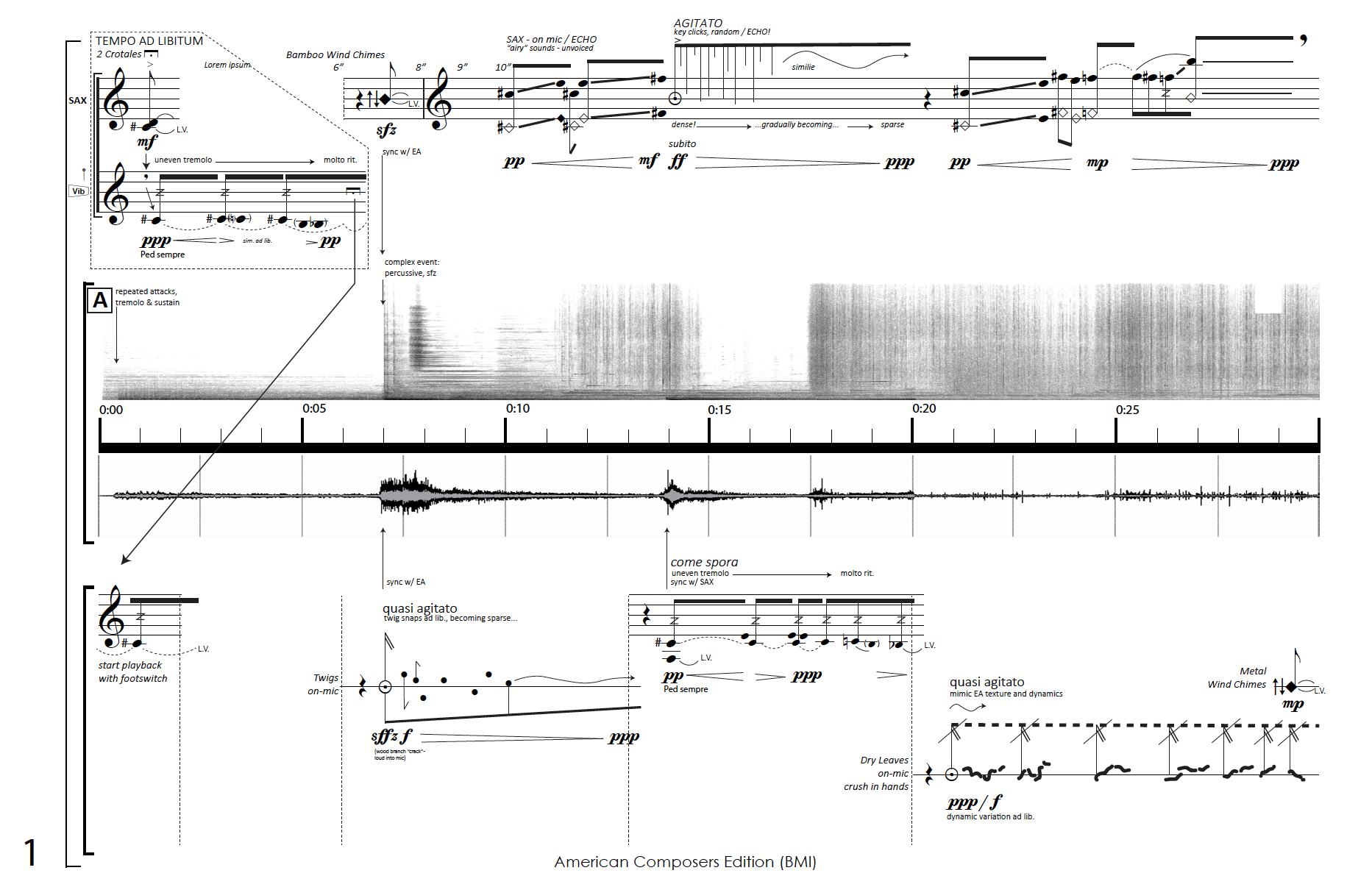 The Buddhist concept of mettā is central to the pursuit of loving kindness and is a cornerstone of compassion meditation. Among the various meanings associated with the term is the notion of mental union – of “being on the same wavelength.” The composition attempts to create a ritualistic and meditative sound space that invites mental union in focus, contemplation, and compassion.

Wind chimes, blowing leaves, snapping twigs, gongs and bells blend with atmospheric saxophone and percussion sounds in the electroacoustic part. These often radically transformed sounds are combined with and elaborated by sounds created by the performers. At times, a deep integration of the live and electroacoustic components develops that blurs the distinctions between the real and the imaginary, the ephemeral and concrete and the temporal and timeless.

Sound materials for the composition were created using Metasynth and were derived from studio recordings made by the performers. METTĀ is dedicated to Jan Berry Baker and Stuart Gerber.

Technical notes for live electronics setup are available in PDF form at the bottom of this page.