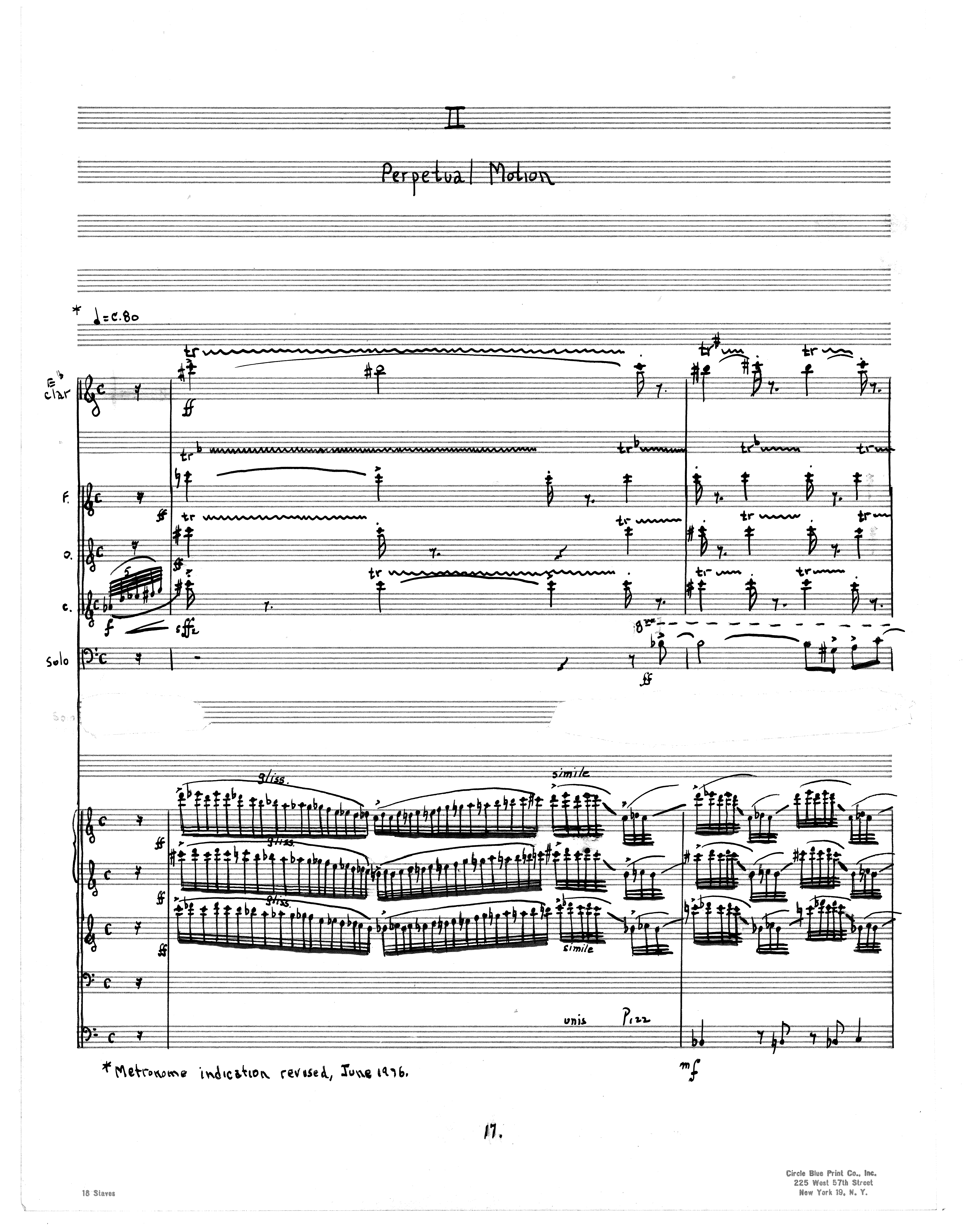 "Robert Parris’s CONCERTO FOR TROMBONE was regarded with amazement by CRI’s composer-directors, who would have thought it unplayable if they had not heard a tape of the premiËre played by Robert Gutter. The present recording was made by still another remarkable instrumentalist, Roman Siwek, who was brought into the picture by the Polish orchestra when it became certain that Mr. Gutter would through no fault of his own be unable to make the session. Listening to Siwek’s stunning, not to say apocalyptic performance, CRI’s officials were still more amazed..."

These remarks are excerpted from the liner notes for the original LP recording in 1968, which were written by Carter Harman, then the Executive Vice-President of CRI. Robert Gutter was the soloist in the premiËre in September of 1964 at the Arena Stage in Washington, D.C. The orchestra was the (now defunct) Washington Chamber Orchestra, conducted by Ivan Romanenko.

When negotiations began in 1967 between the Polish National Radio Orchestra and CRI, it was assumed that Mr. Gutter would be the trombonist. Believing that everything had been settled, I was surprised and shaken by a telephone call from Mr. Harman. He had just received a call from Poland. It seemed that the orchestra was ready to record, (I got the impression that the string players had their bows poised) but Mr. Gutter was nowhere to be found. Under the circumstances CRI was instructed to ask me if I’d mind if the solo trombonist of the Polish orchestra were to play the solo part. “If I’d mind?” Suppose Mr. Gutter were to turn up just as I put the phone down? Anyway, I had to make an immediate decision and, imagining that the tape was about to roll, I said sure. But I meant maybe. As it turned out, Mr. Siwek was a very model of virtuosity and musicality.

But what actually happened will probably never be known. I later learned, however—and there was surely some skulduggery here—that even while Mr. Gutter’s attempts to secure a Polish visa were being frustrated, Mr. Siwek must surely have been practicing very hard indeed.

The composition of the concerto went very fast—the creative spark that fired its writing during the first six weeks of 1964 was, initially at least, neither its structure nor its content, but rather the allure of the medium itself: the almost limitless timbral possibilities that might be extracted from a full string section, a flutist (who would also play piccolo), an oboist, a clarinetist, a pianist, a percussionist, and a trombone player with the agility of a virtuoso cellist. (A soprano clarinet part was added later.) The resultant texture, while often symphonic, is more generally that of enriched— to say the least—chamber music.