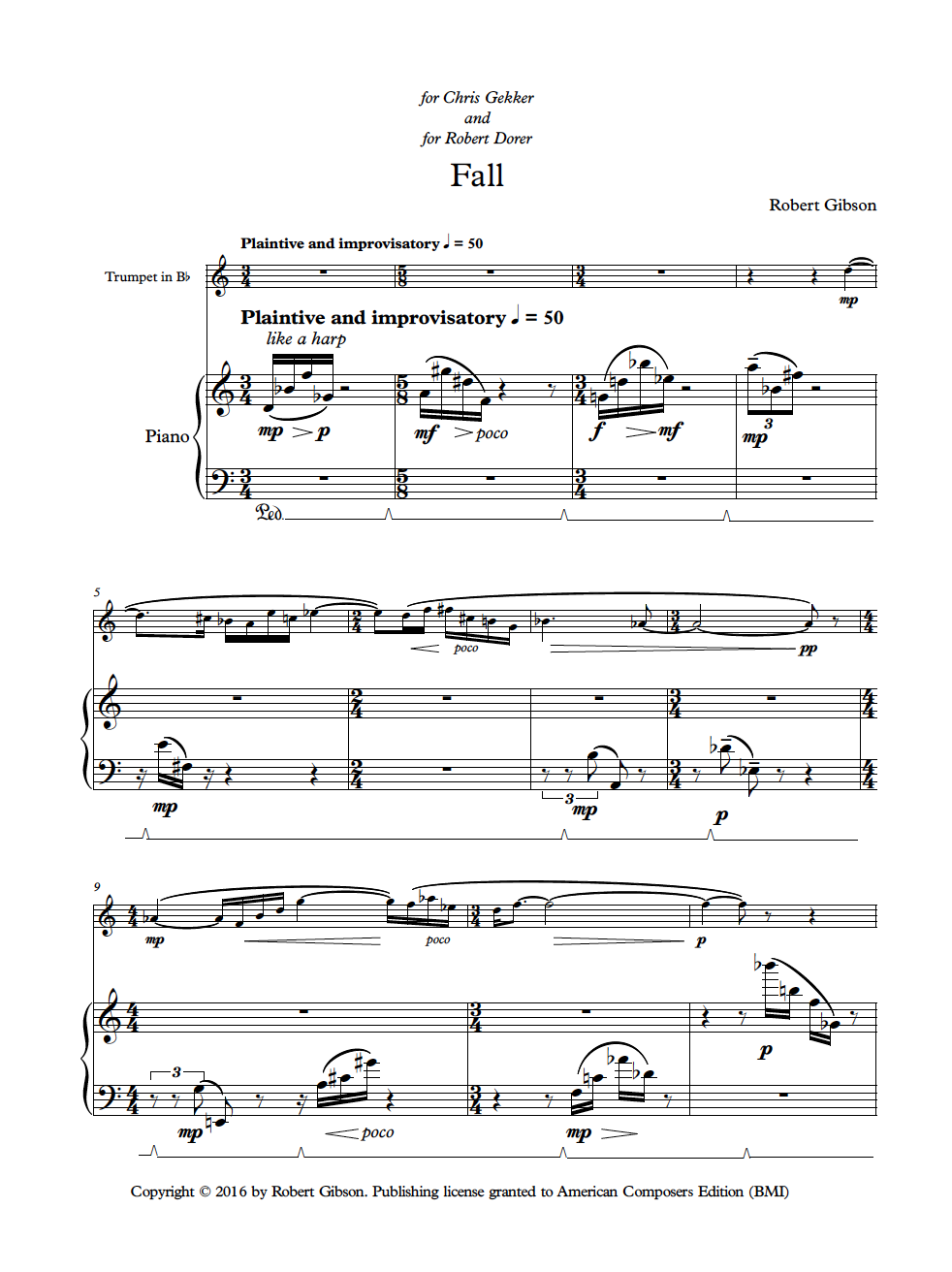 The title of my brief “ballad” for trumpet and piano is a reference to autumn, which is my favorite season, and also to Wayne Shorter’s lovely composition by the same name that appeared on Miles Davis’s Nefertiti album of 1968. While no composed concert work captures the spontaneity of jazz improvisation, I wanted to try to create the sense of harmonic expectation that Shorter achieves without the use of traditional patterns of chord succession and resolution. This freedom in the quintet performance from 1968 has always seemed to me to capture the essence of change that is so powerfully in the air in autumn.

Fall was written for Chris Gekker, and is dedicated to him and to Robert Dorer.