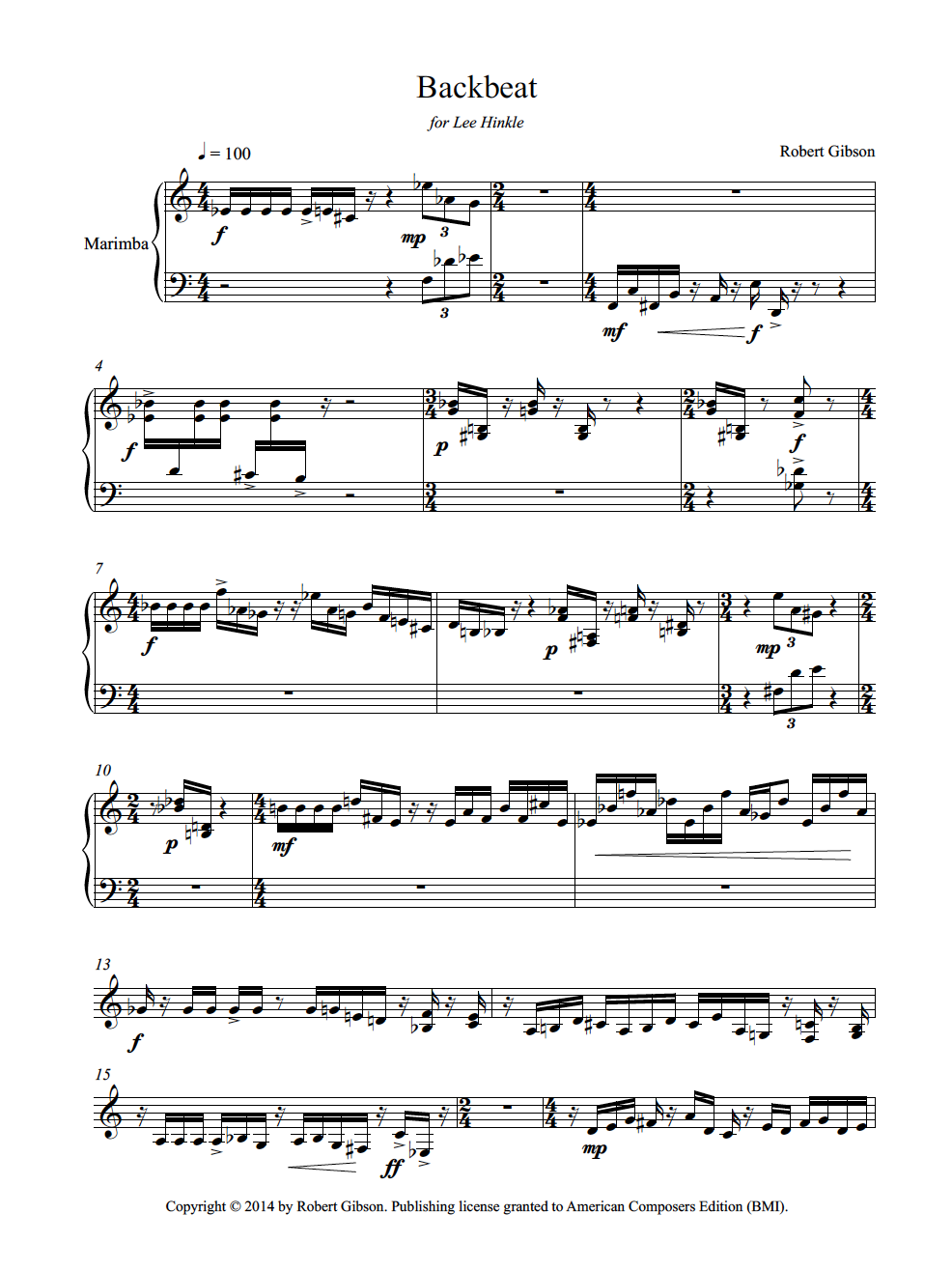 In popular, gospel and rock music the “backbeats” are the second and fourth beats of each four-beat measure—the beats on which you might clap your hands or the drummer will play a strong accented hit on the snare drum. In Backbeat I was drawn to exploring the ways a single percussion instrument of definite pitch could create a context in which the rhythmic element of the “backbeat” also became a point of melodic and harmonic interest. This path was a result of the fact that one instrument can provide only so much of the texture that is so compelling in the rhythmic drive of rock music, and so that which is omitted is as important in creating the context as that which is played.

Backbeat was written for Lee Hinkle, to whom the work is dedicated.

New 2021 edition from 2014 original. Included in the collection Marimba Works By American Composers.