Trio for Horn, Flugelhorn, and Trombone 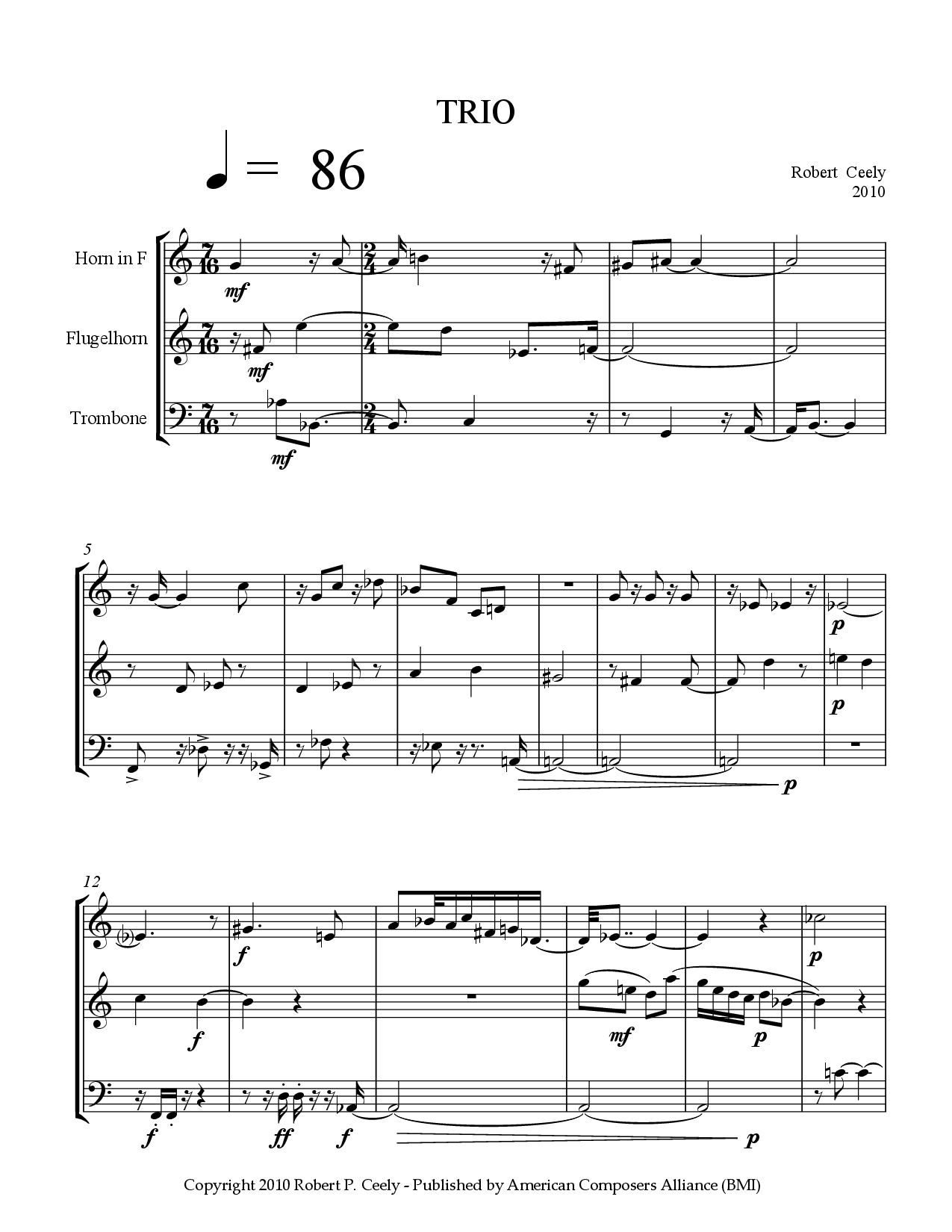 Trio for Horn, Flugelhorn, and Trombone

Composer's note: I received a bugle for my 8th birthday and spent my time trying to find high C with little success. I did learn to play a great many military calls including an amazing number belonging to the French Army. At the age of twelve I obtained a real trumpet which I loved, but I was still unable to hit high C with either confidence or consistency. I did play in a “jazz”band which was established by the town to keep youngsters off the street. (There was a War on!) We played most week- ends at the Recreation Hall which we all called the RECK Hall. I still remember our limited repertoire which included: “Long Ago and Far Away”, “Moonglow”, “The Bells are Ringing” and “My Heart Tells Me”. The band consisted of a trumpet, three saxes, drums, and piano. Occasionally the band would finish while the pianist was still boom-chicking.

Soon I became less interested in playing as I began composing; I would upon occasion get out my trumpet to prove that I still could not hit high C. But an amazing thing happened: I found and bought a flugelhorn. If only I had discovered it earlier! Here was a mellow instrument with which one should not attempt to play high; rather, one should exploit the middle and lovely lower range. Flash forward to my TRIO. I have always admired the capabilities and uniqueness of the trombone which in a sense constructs a new instrument for each harmonic series. And, as with the horn, can produce multiphonics (beyond the common “play the root hum the 5th, and produce the root,5th, and 10th"). I also like mutes and other distractions but in this trio I for the most part am interested in the open, unncluttered sound of the brass. I especially like the mixture of flugelhorn and trombone with horn. Hope all enjoy.