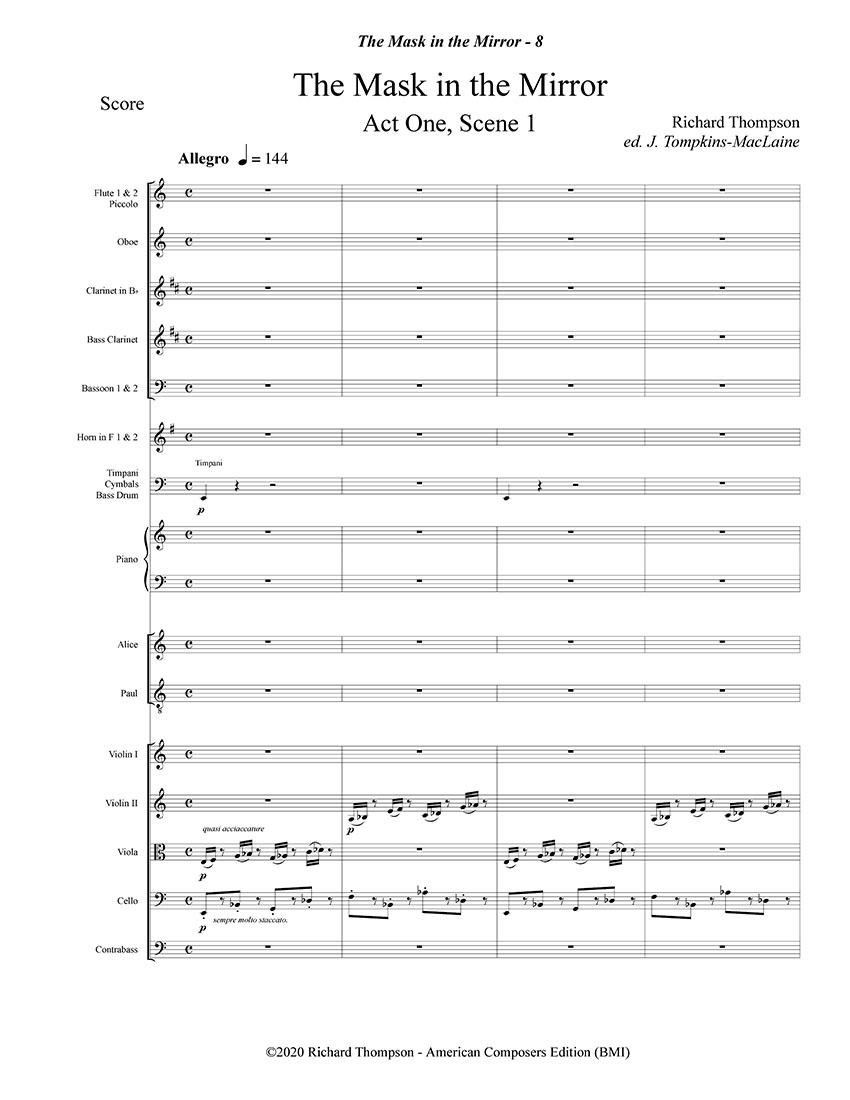 The Mask in the Mirror—a chamber opera in three acts by Richard Thompson—depicts the courtship and failed marriage between the famed African-American poet Paul Laurence Dunbar (1872–1906) and novelist Alice Ruth Moore (1875–1935). The opera follows their relationship from Dunbar’s initial letter of introduction to Alice, to Dean Howells’s watershed review of Dunbar’s work in Harper’s Magazine, through Paul and Alice’s secret engagement, marriage, and difficult married life together in Washington, D.C., ending with their final estrangement and Paul’s death at his home in Dayton, Ohio. The Mask in the Mirror is a historically accurate portrait of Dunbar and Moore’s relationship, with Thompson’s libretto structured using primary source material—most notably the hundreds of letters exchanged between Dunbar and Moore during the course of their relationship. The letters reveal Dunbar and Moore’s individual psychologies and interpersonal dynamics with the pivotal moments in their lives that emerged from these letters, and other extant documents, becoming the foundation of The Mask in the Mirror.

"Richard Thompson writes for a small chamber orchestra with a deft hand; his score is a joy for the ear. Not only is his vocal writing mellifluous and melodious, but the ear is constantly drawn to gossamer textures. The issues the opera raises, via abuse, identity, and culture, are highly potent and remain issues that concern us to this day. The mask in the mirror of the title relates to the masks we have to assume, and who we are behind those masks..."  -Fanfare Magazine