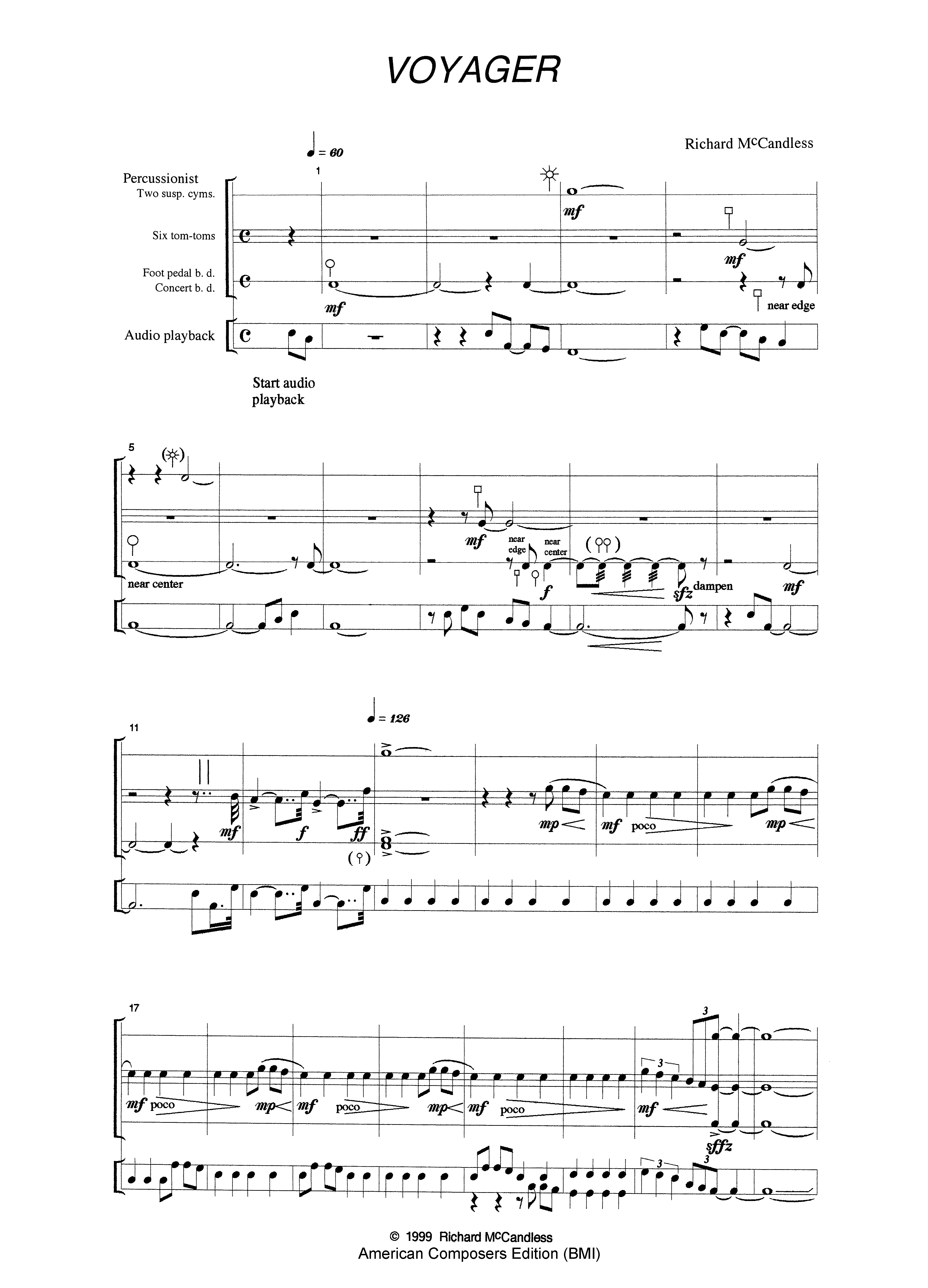 This work takes its name from the Voyager 1 spacecraft launched by NASA in 1977. As it flew past Saturn, Voyager used that planet's gravitational field to propel itself toward deep space, becoming the first human-made object to leave our solar system. Voyager's journey is immense. Traveling about 1,000,000 miles a day, it will take 20,000 years to leave the gravitational field of the Sun. Voyager will then enter deep space and travel for billions of years. At some point during this journey, the Sun will be no more than a charred cinder and human beings may no longer exist. But Voyager will be traveling on.

“It truly is a striking work, and I mean that with no pun on its percussive intensity. McCandless exercises particular care in coordinating the percussion with the electronic part. I hope he keeps bringing this piece out, since if other people are like me, one never tires of it.”

Included in the collection Percussion Works by American Composers.