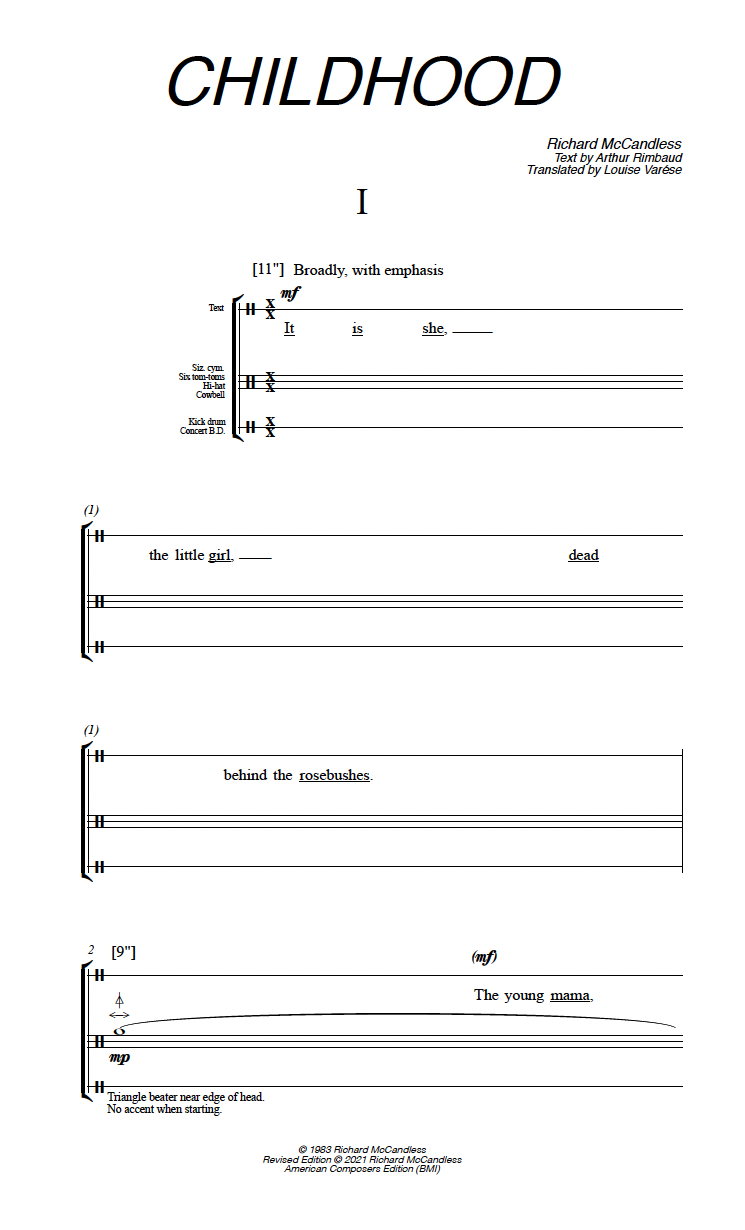 When I first encountered French poet Arthur Rimbaud's work "Childhood" in 1978, I felt a strong emotional response to the vivid Symbolist imagery. As time passed, this response deepened and the idea began to surface to set it to music. But how? I did not hear it as a work to be sung. After a number of unsuccessful starts, I came up with the idea of a speaking percussionist (a new concept in 1981) and finished the piece two years later.

Rimbaud (1854 - 1891) wrote "Childhood" in the 1870s (the exact date is unknown). Louise Varèse, wife of composer Edgard Varèse, first published this translation in 1946. How Rimbaud's prose poems are to be interpreted - figuratively or literally, and what, if anything, they may mean or represent - has been the subject of much debate, and is perhaps ultimately irrelevant. I know only that "Childhood," which speaks through a single voice, engages my mind, spirit, and senses by taking me on an emotional journey through a dramatic and often frightening landscape. It thus seemed important to set the text not for a narrator and a percussionist, but for a single speaking percussionist who, as he/she performs the work, experiences that emotional journey.

Rimbaud's "Childhood" is written in a prose style and is not narrative. The text is often a series of images -- sometimes closely related, sometimes less so. There are many radical changes in mood from one image to the next. There is not a straightforward story, so let the images take you where they may.

Movements may be performed separately as well as together.