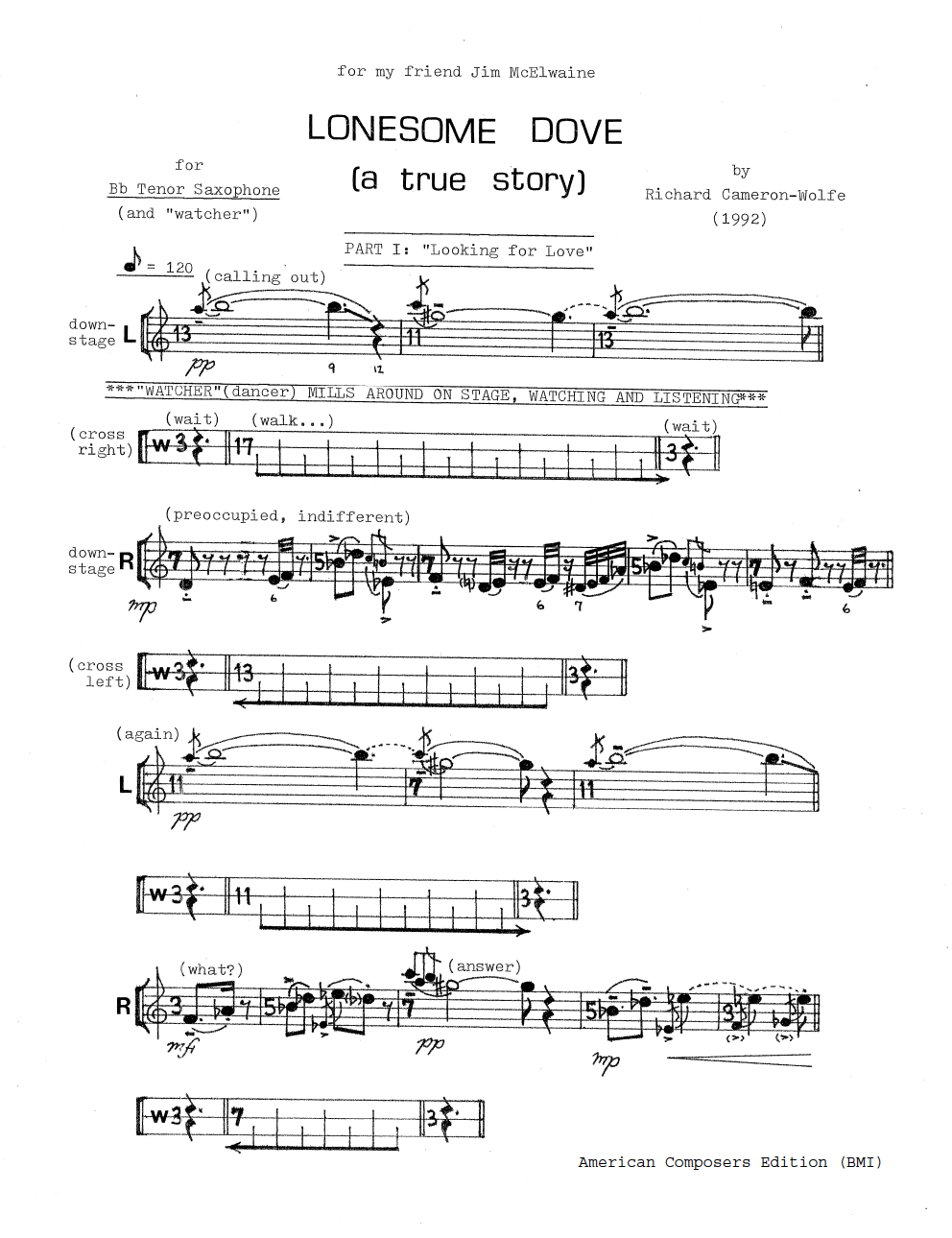 Lonesome Dove is one of my most radical ventures, requiring an extremely mobile tenor saxophonist in cowboy boots, capable of playing his instrument with, at one point, a dancer draped across his shoulders. Its "scenes" change as an 8-foot tall/4-5-foot wide opaque black screen moves back and forth between downstage right and left.

The seed idea came from an experience I had in graduate school back in the early 1970s at Indiana University/Bloomington. With both a master's degree thesis composition and masters degree piano recital on the near horizon, I usually returned to the old farmhouse I shared with Sarmad, Sharda, Franz, and Fritz late at night, exhausted but not necessarily able to sleep.

One such night, at around 4:00AM, I went out onto the roof balcony, essentially just to await the dawn. As I was about to doze off, I heard a dove sing - somewhere in the trees to my right. Silence, then it sang again. Silence, and then from the trees on my left, I perceived what I interpreted as an answering song. A "dialogue" ensued, bringing me to full wakefulness.

The sky began to lighten, and I was thrilled to see the dove on the right, which had just sung, fly over to the trees on my left. Again, the answering song. But the first dove then flew back to the right. There followed a song on my right, the dove flying to the left, the answering song from the left, the dove's flight back to the right, and the cycle repeated.

At last it "dawned" on me: There was only ever just one dove ----- yet another romantic fantasy with a bittersweet ending.

From this came the fundamental idea for Lonesome Dove.

The saxophonist's musical vocabulary alternates between spontaneous, jazz-inflected phrases and abstract, quasi-minimalist patterns - linked by the sound of footsteps, as the performer moves from side to side across the stage.