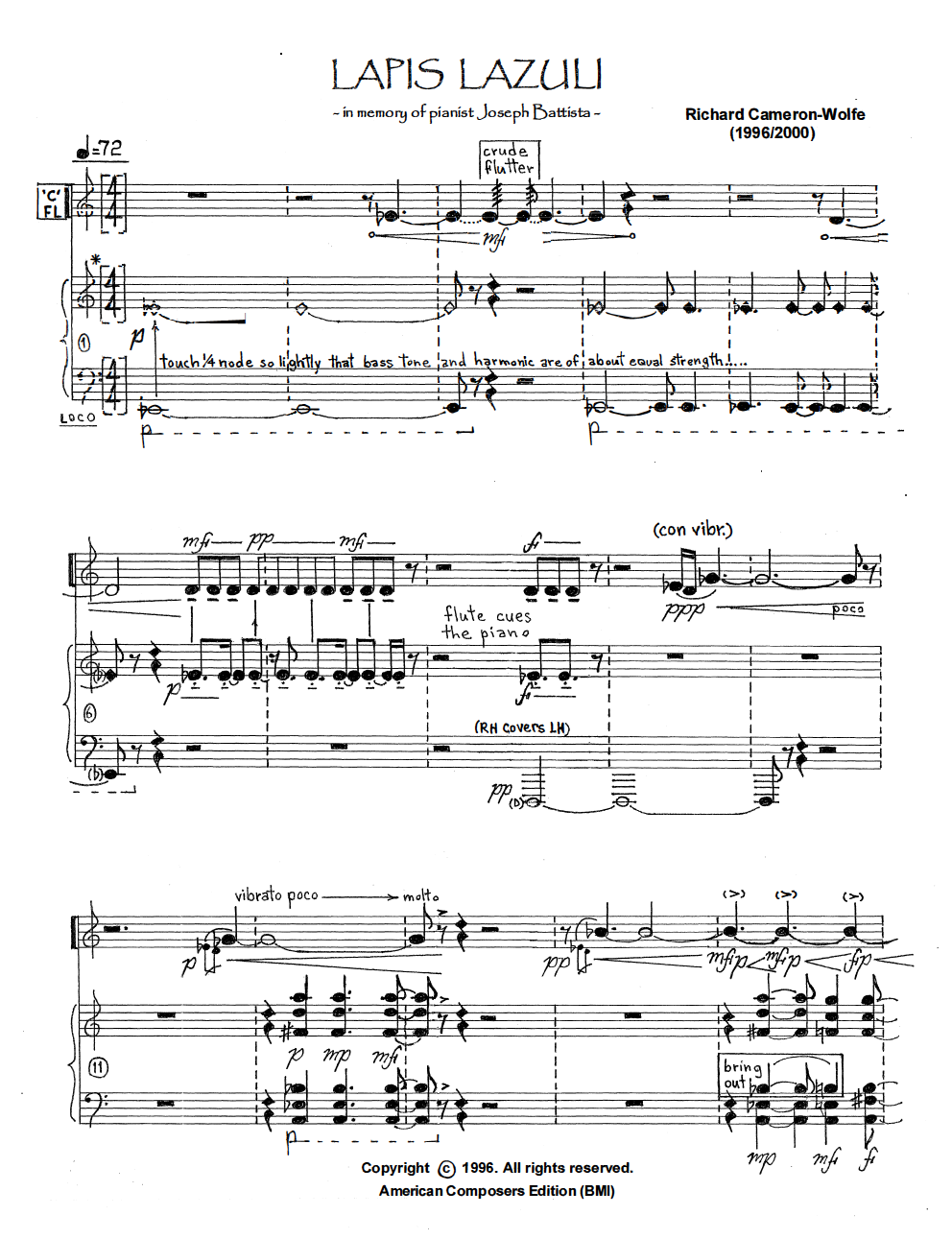 In 1996 I had the honor of residing in the summer house of Johannes Brahms, which had been dedicated as an artists' retreat, offering one-month residencies to composers, pianists, and Brahms-focused musicologists. After a misguided train journey, at one point boarding a northbound instead of southbound train, I arrived in Baden-Baden around midnight. I quickly learned that the Brahmshaus was not actually in Baden-Baden, but was in Lichtental, a nearby village. With no taxis to be found, I completed my journey on foot. The caretaker, who had been expecting me several hours earlier, had gone home for the night, and the house was locked. Nevertheless, it was an honor to spend my first night sleeping on the porch of Johannes Brahms!

Admitted to the house early the next morning, my first concern was coffee, to which I was at the time, let's say, "devoted". The Brahms kitchen offered a jar of instant, and I launched into my first Brahmshaus day properly fueled - or so I thought, until a caffeine-withdrawal migraine materialized in the early afternoon. After an agonizing, sleepless night, I staggered into town, where "real" coffee restored me.

I retained an image from that night: the image of a mysterious stone situated in the center of my mind - not a solid, inert stone, but one I could see into - into a region of many distances, some beyond the dimensions of the stone itself, in which forces moved like clouds of varying densities. A composition catalyst.

I began composing with what appears in this score as page 4 - the stone, or "seed" for the composition, next working my way back to the beginning and then moving forward from the "seed" to the work's conclusion. The composition was essentially completed in the first 24 hours, then refined in the next few days.

I detect no overt Brahmsian influences in the work, but if you do, please point them out to me. Nevertheless, Brahms was my pianistic passion in high school, and I played Brahms at my original Oberlin Conservatory audition. Additionally, my most memorable concert-attending experience in the early years at Indiana University was hearing Joseph Battista perform the Brahms Second Concerto with the Indianapolis Symphony. I played the First Sonata on my Master's Degree recital. And I love the 1962 Leslie Caron film The L-Shaped Room.

In memory of pianist Joseph Battista.