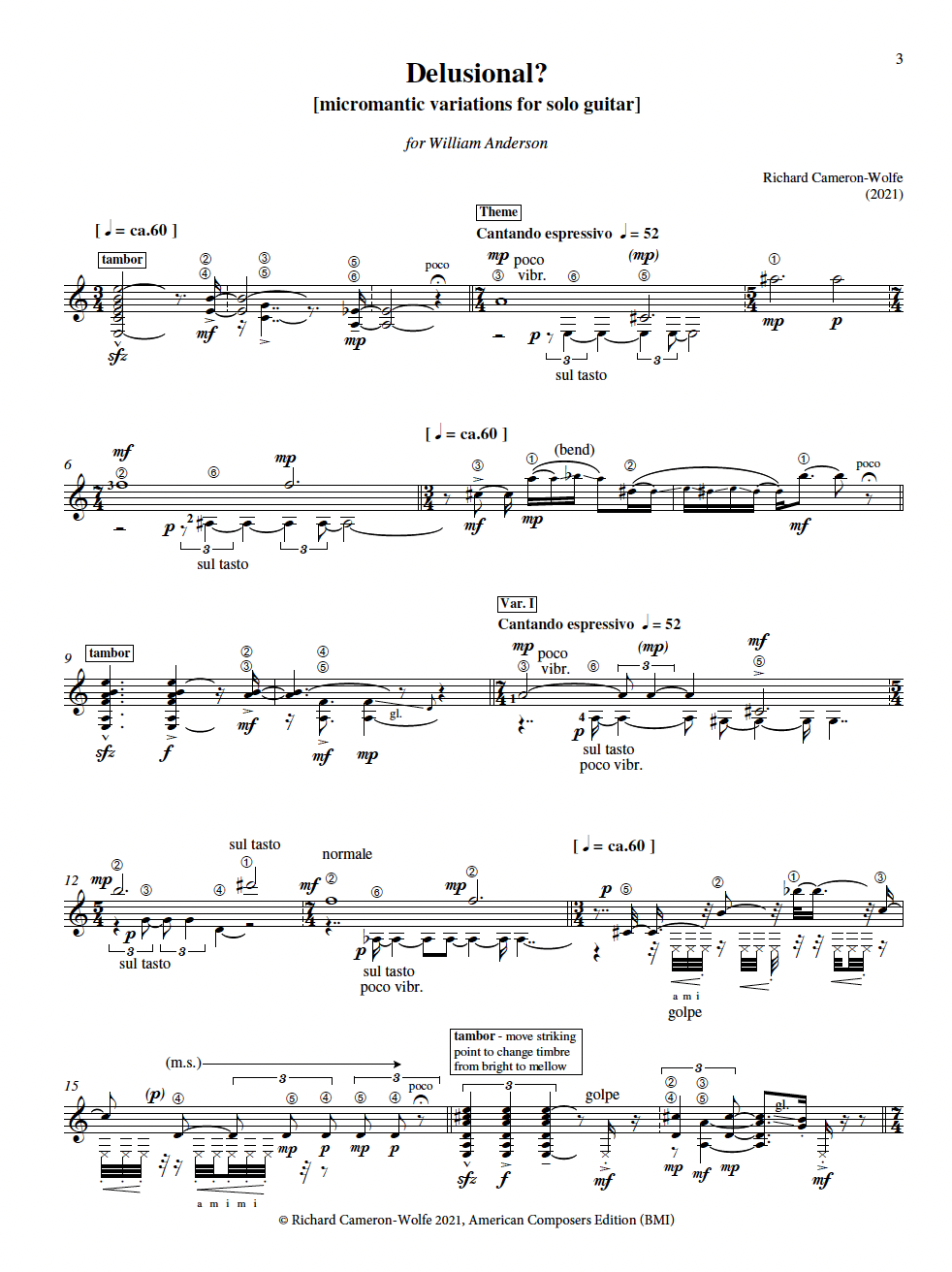 Delusional?, as the title might suggest, is an "entertainment" (as Graham Greene designated many of his literary works), intended not as a "serious" composition and not - as with some microtonal works - intended as an illustration of a microtonal tuning system. Its brief duration might make it suitable as an encore piece, though it would likely require a second guitar, already tuned, and just briefly "touched up" before playing.

Its formal structure is essentially a theme and four variations [mm.4, 11, 18, 25, 32], each framed by brief prefatory and closing phrases. These "frames" also constitute a set of variations, but not related to the work's principal thematic material. Delusional? concludes with a Coda designated as "Lamentazione giocoso", which contains an intrusive but quickly evicted waltz element.