FROM THE MOUNTAIN TOP 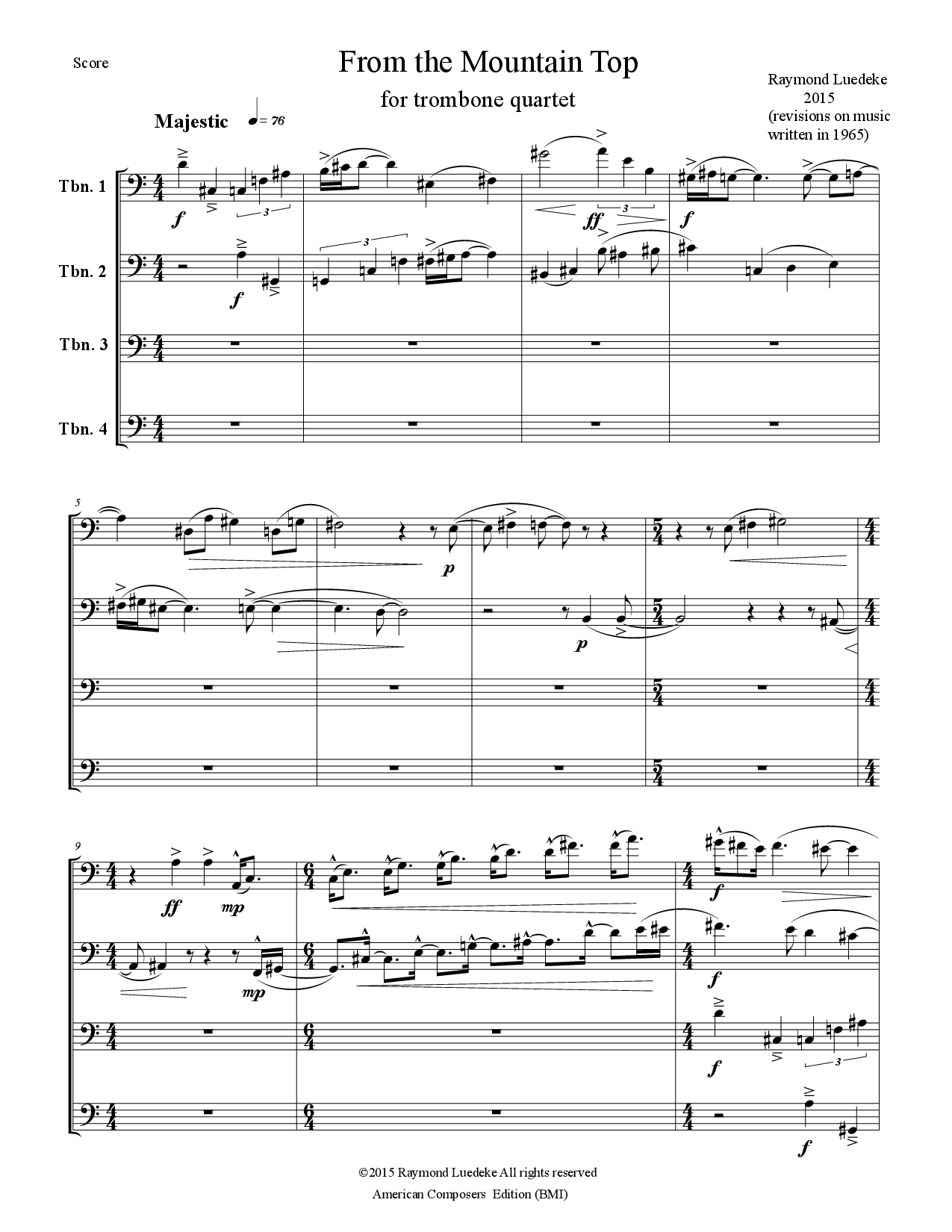 FROM THE MOUNTAIN TOP

Composer's note: From the Mountain Top for trombone quartet was written while I was a student at the Eastman School of Music. At the time the legendary Emory Remington was the school's trombone teacher. He had fantastic students, some of whom were my friends. One of these fellow students was Ralph Sauer. who later became  Principal trombone of the Los Angeles Philharmonic. Ralph played the first performance of From the Mountain Top, along with Charles Pappan, my dormitory roommate, Jeremy Kempton, another friend, and Robert Ludwig, who, I believe, later played with the Boston Symphony Orchestra. The influence of Bartok is readily apparent in the music, but, I believe, there is also something that is exclusively my own. I revised the score in 2015.