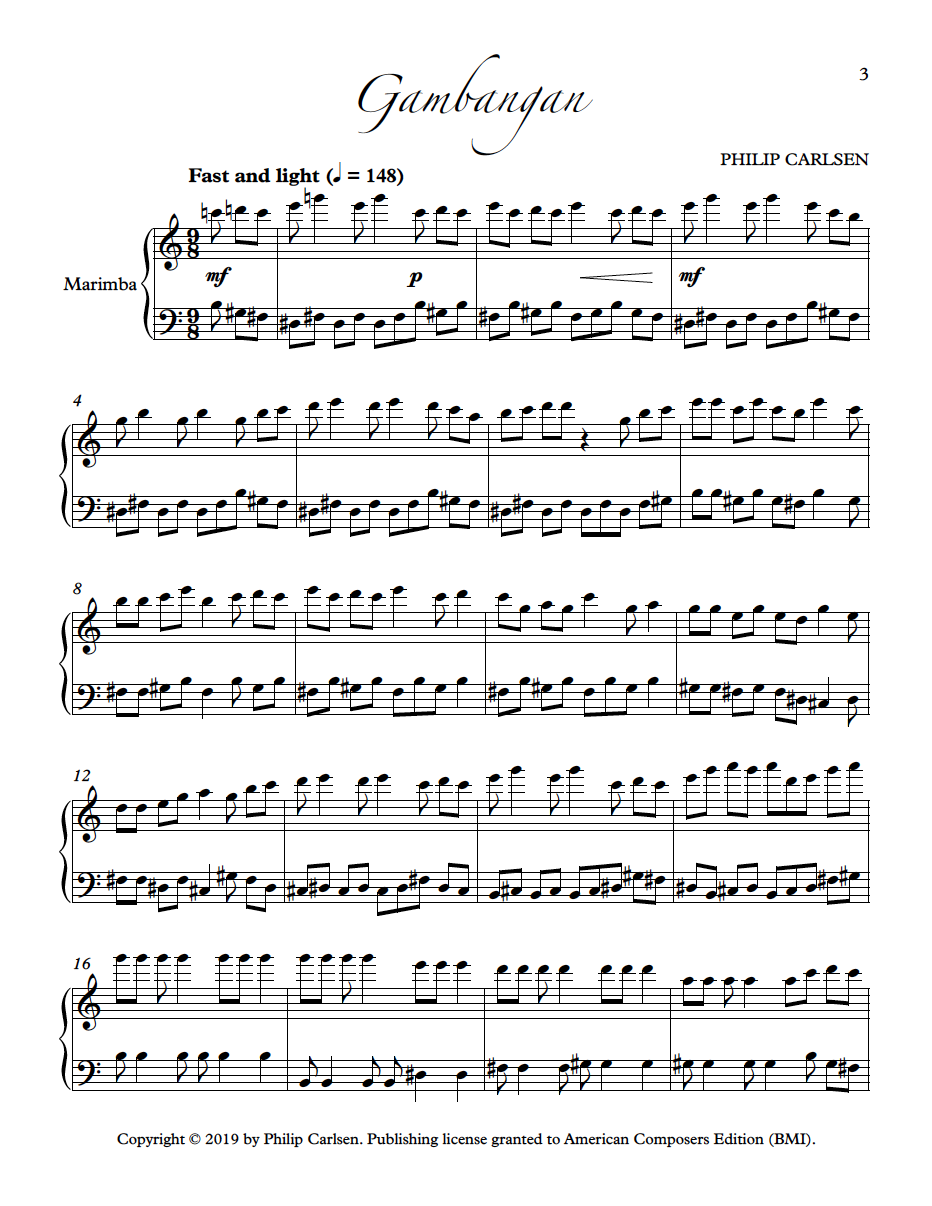 Gambangan was inspired by the playing technique of the gambang, the wooden xylophone of Javanese gamelan, where the player’s two hands, each holding a light padded mallet, double one another an octave apart, spinning out rapid running lines that elaborate on the underlying structural melody. In this piece, however, the two lines, while often moving together in parallel, are also frequently quite independent of one another. And the doublings are generally dissonant, variable in spacing, usually at intervals much larger than an octave, as if the marimba were striving for a tuning that encompassed more notes than the twelve of the Western tempered scale, creating aural illusions that might cause listeners to question what notes they’re actually hearing, especially when the hands are more than two or three octaves apart.

Included in the collection Marimba Works By American Composers.