Because it was there 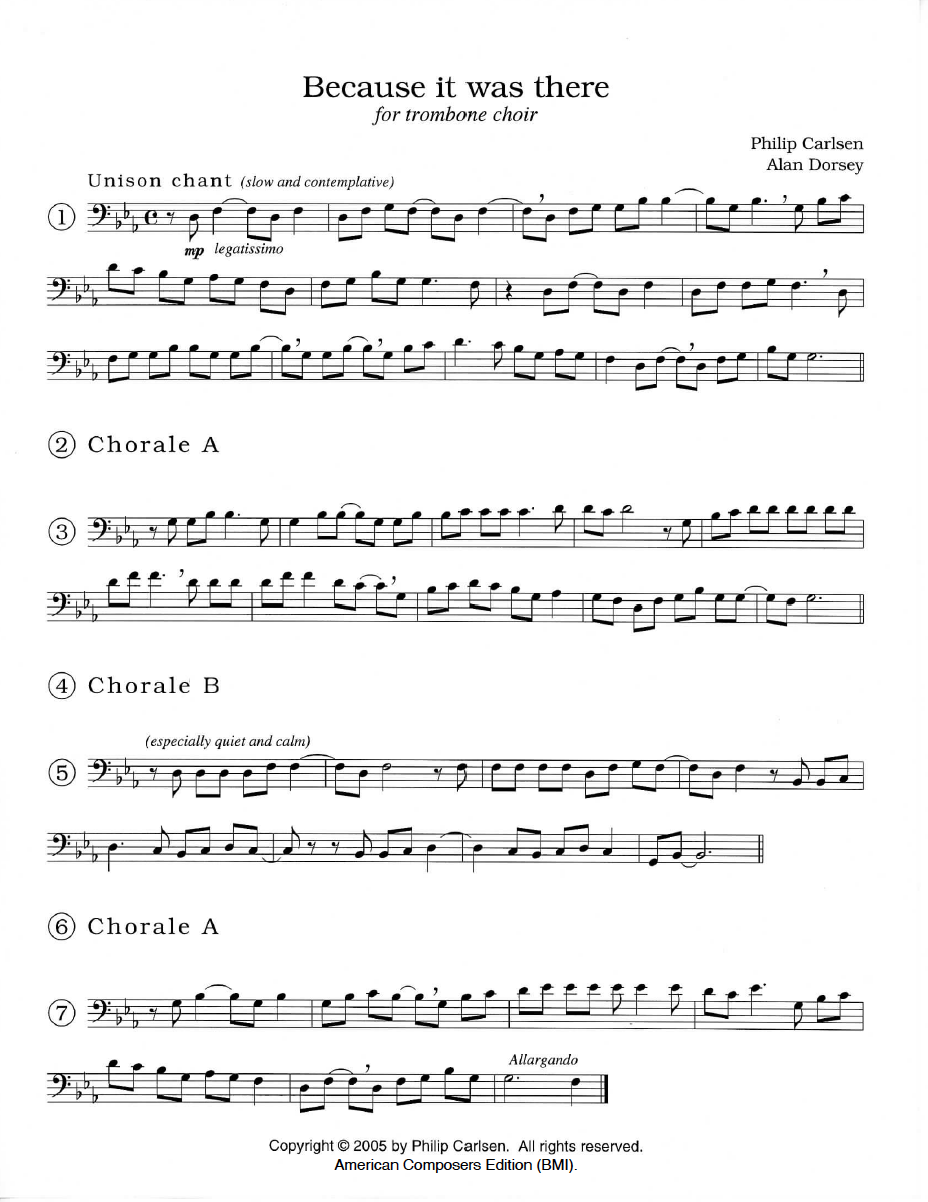 Because it was there

"Because it was there" is a revision of "Because it is there," a piece for 54 trombones written by Philip Carlsen and Alan Dorsey in 1974. It was first played at the University of Washington, then later in Nashville at the International Trombone Workshop. This current version is ideally performed by eighteen trombonists, although it may be done by as few as twelve and as many as thirty-six. The piece opens with a long improvisation and concludes with a section of Gregorian-like chant interspersed with multi-part chorales.