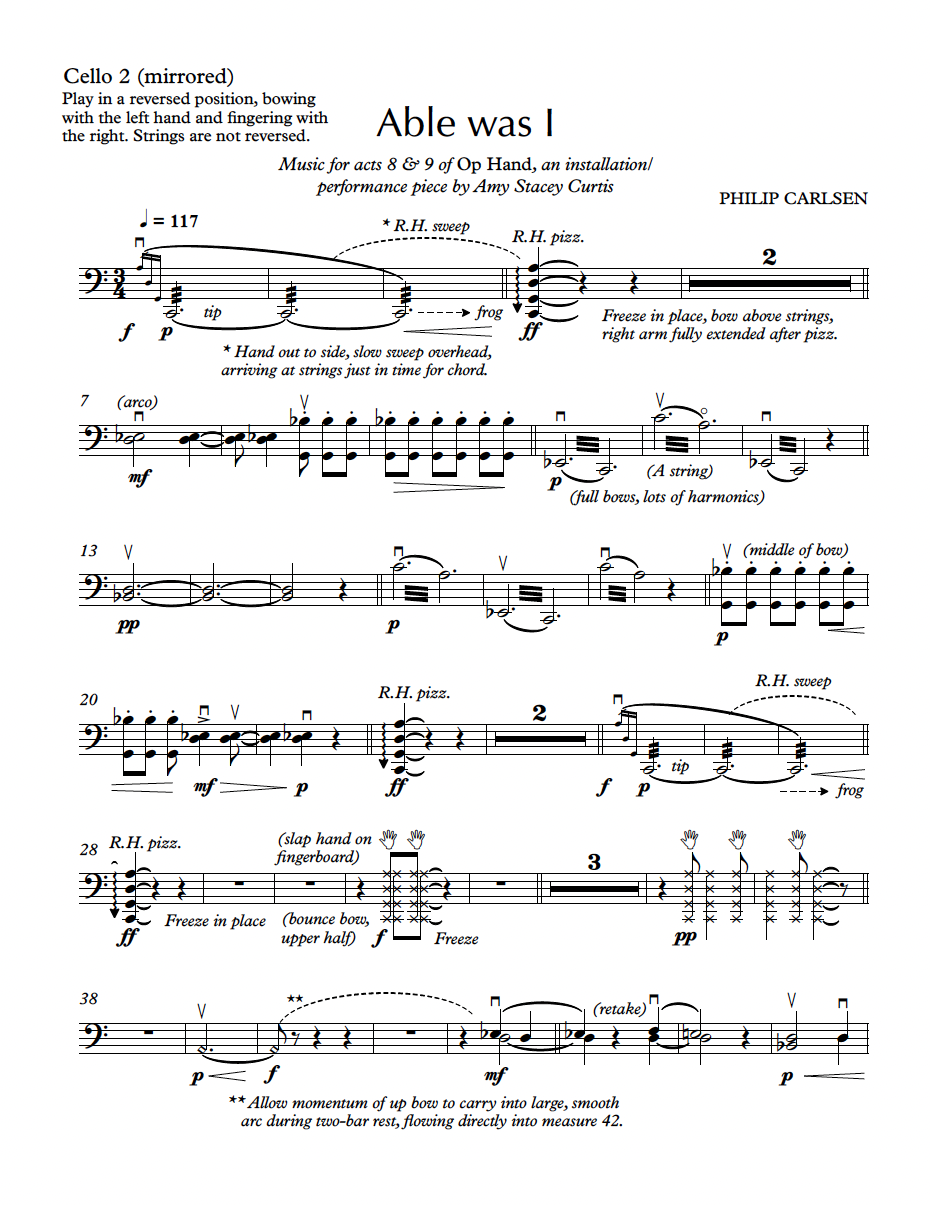 This composition, for two cellists and two percussionists, was written for the final two acts of OP HAND, an interactive, installation/performance piece in nine short acts created by the conceptual artist Amy Stacey Curtis. In describing the piece, she says “each act strives to reflect identical but opposite imagery and sound, as if there’s a mirror centerstage.” In addition to symmetry, she explores the theme of entropy by presenting different views of the same material, one well-synced and orderly and the other chaotic. Accordingly, “Able was I” is played twice. In Act 9, the players are positioned so they can use normal aural and visual cues to sync tempos, entrances, and phrasing. In Act 8, however, they play turned away from one another and wear noise cancelling headphones. The tendency towards entropy is inescapable.