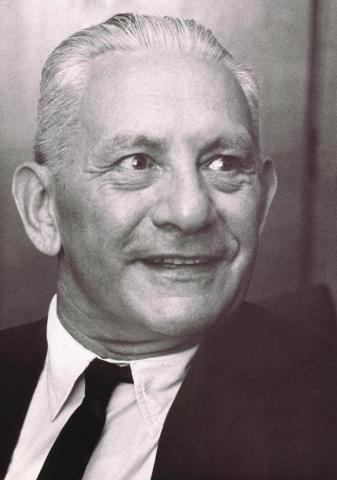 Professor Pisk was born on May 16, 1893, in Vienna, Austria. He received a PhD from the University of Vienna in 1916. He studied with the noted Austrian composer Arnold Schoenberg and took formal training at the Vienna Conservatory, from which he received a diploma in 1919.

Dr. Pisk immigrated to the United States in 1936. He taught at the University of Redlands, where he served four years as director of the music school. He joined the faculty of The University of Texas at Austin in 1951, teaching until his retirement in 1963. After he left the University, Professor Pisk was a visiting professor at Washington University in St. Louis until 1972.

An internationally renowned composer, he completed thirty-six opuses between 1920 and 1936. The String Quartet, Op. 8, was awarded the Composition Prize of the City of Vienna in 1925. Twenty-four critically acclaimed works were premiered in Europe. He also published operatic, orchestral, ballet, folk dances, ballads, and works for piano and chorus.

In addition to his work as a composer, Professor Pisk was a music critic. He co-authored A History of Music and Musical Style, a music theory book.

Paul A. Pisk: Essays in his Honor, a collection of 26 pieces written by colleagues and noted musicologists, was published in his honor by the College of Fine Arts in 1966. Professor Pisk was awarded a golden doctoral diploma by the University of Vienna in 1967.