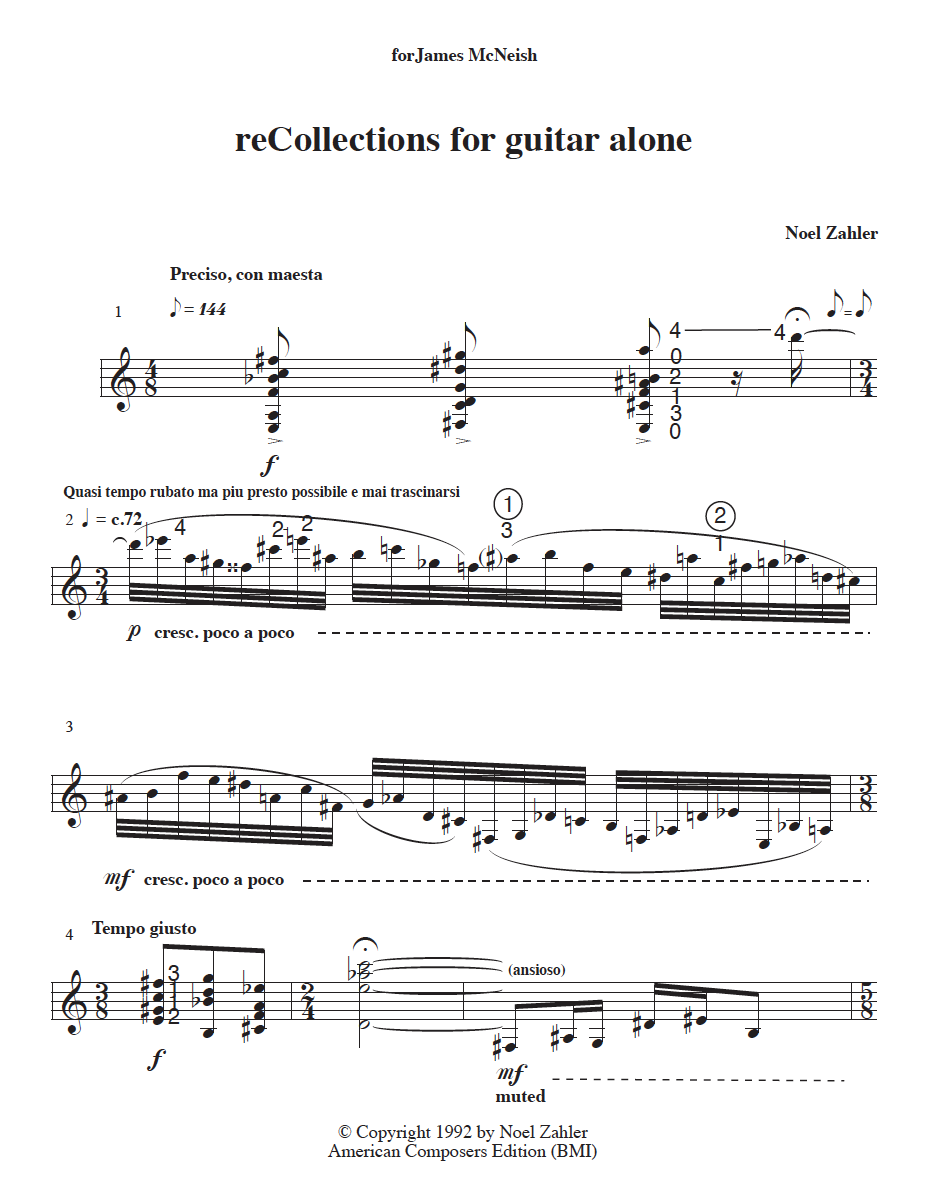 reCollections was commissioned by James McNeish and dedicated to him. The title employs a number of meanings. In one sense, it is a reminiscence about the techniques and sounds recalled by the composer from his study of the classical guitar between the ages of seven and eighteen. On the other hand, it is a technical study that centers on deriving harmonic collections. It moves through sections and interludes, over, and over again. In its wake it creates a progression of events which are enormously demanding of both performer and listener. It is a composition seemingly rhapsodic in form, but that is only an illusion. The composition is stratified so that all its simultaneous relations reach into one and the other composing the canvas upon which the work is played out. Pitch, rhythm, dynamics, mode of attack and timbre are all dealt with through a strict counterpoint which preserves the integrity of each part and, hopefully, strengthens the connections which form the unity of the composition. The challenge for the performer is formidable, "all stops are out." It is a tour de force of guitar playing which demands both complete command of the instrument and a keen interpretive imagination. This is not an easy work for the audience either. One listening will not be enough to fully comprehend the network of relations and emotions employed in this composition. A keen imagination and the ability to let that imagination work with the music will be the greatest asset in listening to reCollections.