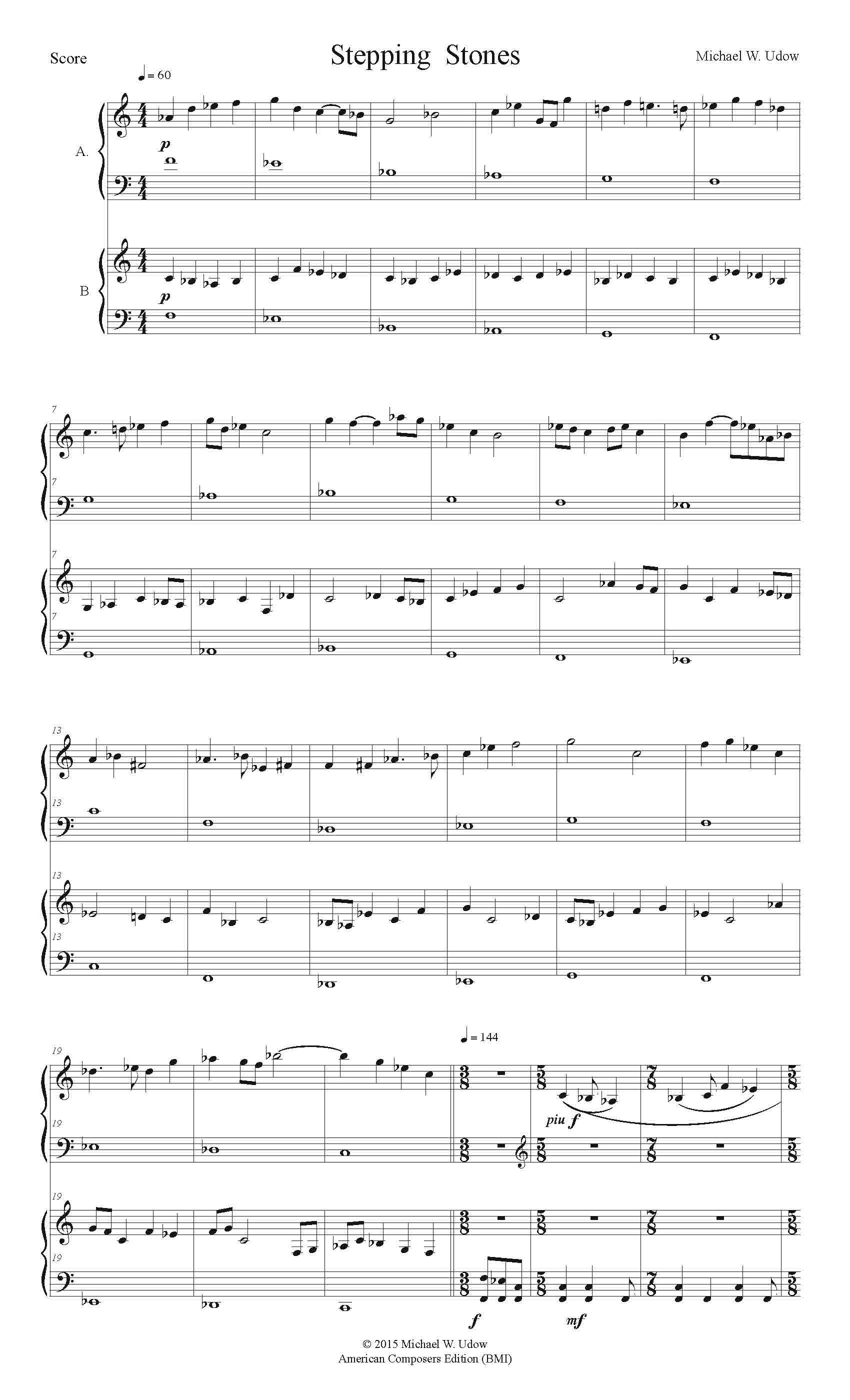 The original work of the same title was written at the request of Pius Cheung and Eriko Daimo to serve as their wedding gift. In contemplating this new work, I asked Pius and Eriko to each share a melody that they fondly recalled from their childhood memories. Pius provided an ancient traditional Chinese melody, The Unfinished Love of the Phoenix Princess. Eriko forwarded two melodies by two distinguished and highly respected composers. The first, Herding Cattle and Mountain Witch composed by Mr. Mitshhide Saegusa, was from Eriko’s favorite puppet show that she watched as a child. The second melody came in the form of a video file that Eriko’s mother made for me. Mrs. Daiko, cradling the family cat in her arms and swaying from side to side sang Swing…Buranko composed by Mr. Yasushi Akutagawa. With kind permission granted by Saegusa-san and Mrs. Akutagawa (a composer in her own right), I distilled these two melodies along with The Phoenix Princess, reshaping them and then weaving contrapuntal lines ~ over under around, and through these themes.

I am deeply grateful to Mr. Saegusa and Mrs. Akutagawa for their permission to quote these compositions as my intent was to create a work that would elicit memories that Eriko and Pius could share with one another as they embarked on preparing Stepping Stones.