Echoes of the Past (for Wind Ensemble) 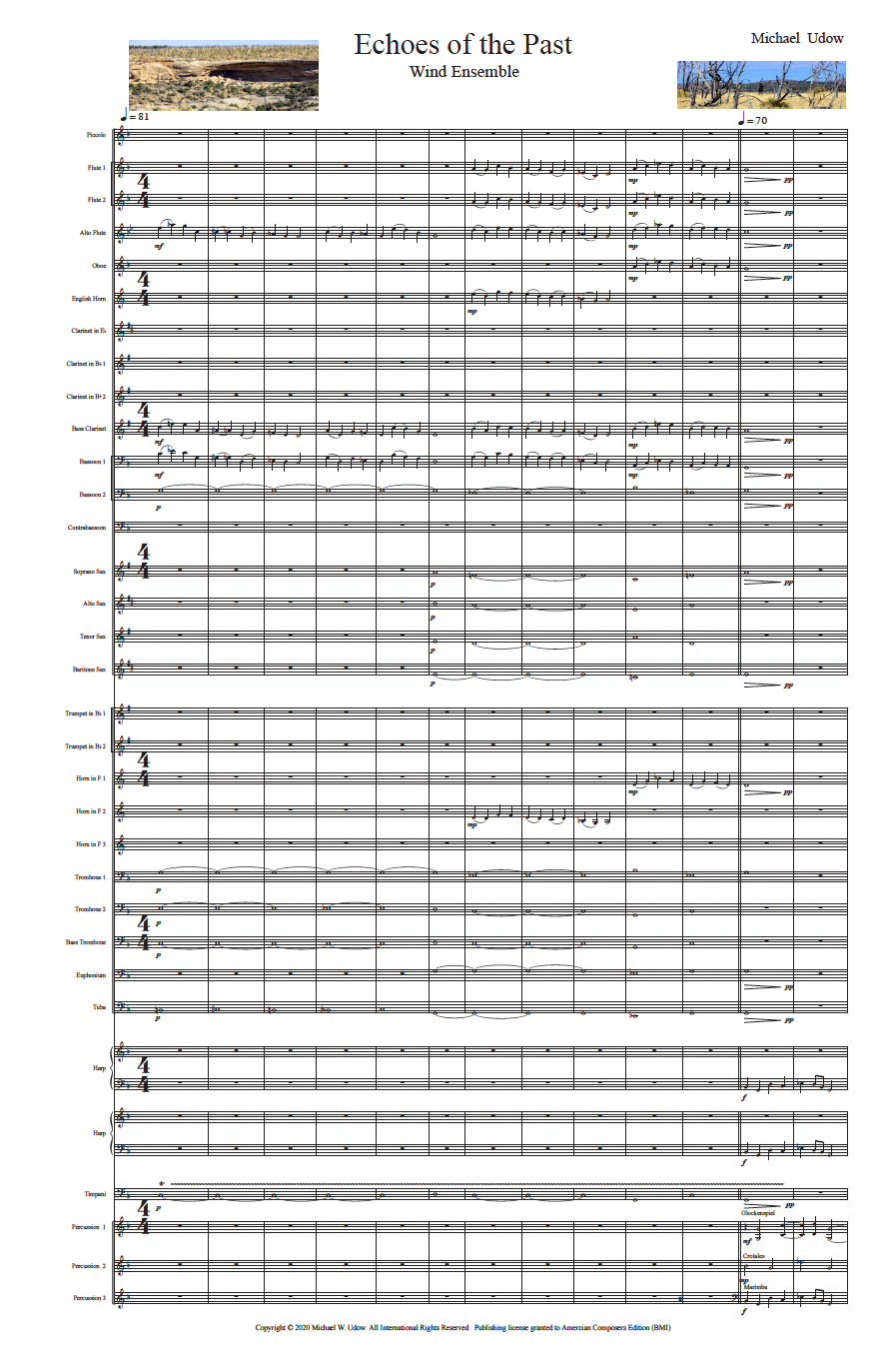 Echoes of the Past (for Wind Ensemble)

Mesa Verde, a UNESCO World Heritage Site located in Colorado, was inhabited by Ancestral Puebloan peoples dating back to 7500 BC. By 1285 due to severe and prolonged droughts, the cliff dwellings were abandoned. Looking closely at scorched trees burnt from centuries of forest fires, one might notice images of animals, human forms, Native American Kachinas, and the remains of bewitchingly shaped trees. The adage, “seeing the trees through the forest” is apropos. Photographic images of selected trees became the storyboard upon which the animation was created. One might elect to conjure up an image that, unlike Icarus, these Ancestral Puebloans have returned to earth to live again through in the devastated forests. This film documents these images with a fanciful treatment with animation which may provoke thoughtful dialogue as to the health of planet Earth.