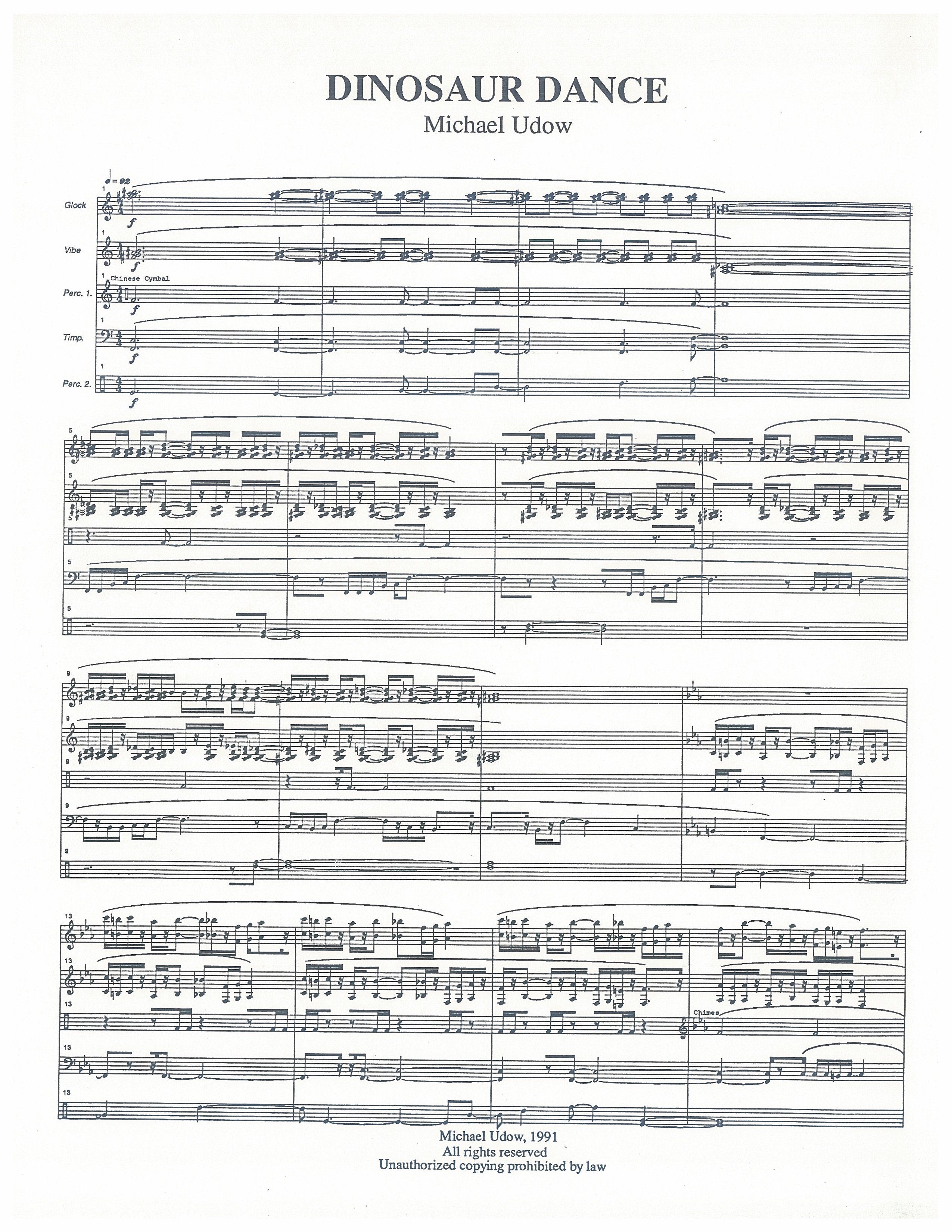 Jonathan Haas’s first compositional request of me was for a timpani and percussion ensemble work for his Lincoln Center touring out-reach group, Drumfire. His friend and colleague, Ben Herman, was the soloist. The premiere took place in 1992 at Carnegie Hall on an American Symphony Orchestra concert.

When composing melodically for timpani, I am drawn towards the beautiful timbre exhibiting aspects of cello/bass qualities within this instrumental console. This work, intended for four or five timpani, maintains the “get-down” bass tessitura of the instrument with off-beat rhythmic jabs and contrapuntal themes presently by the ensemble. Do not be confused by the title. I am not inferring that timpani are dinosaurs. Quite to the contrary, I think [the mechanical craftsmanship of the instrument is far from being fully developed. The title was anointed by my then six-year-old daughter, Rachel, who came running down the steps as I was playing through the part saying, “Dad, that’s a Dinosaur Dance”.