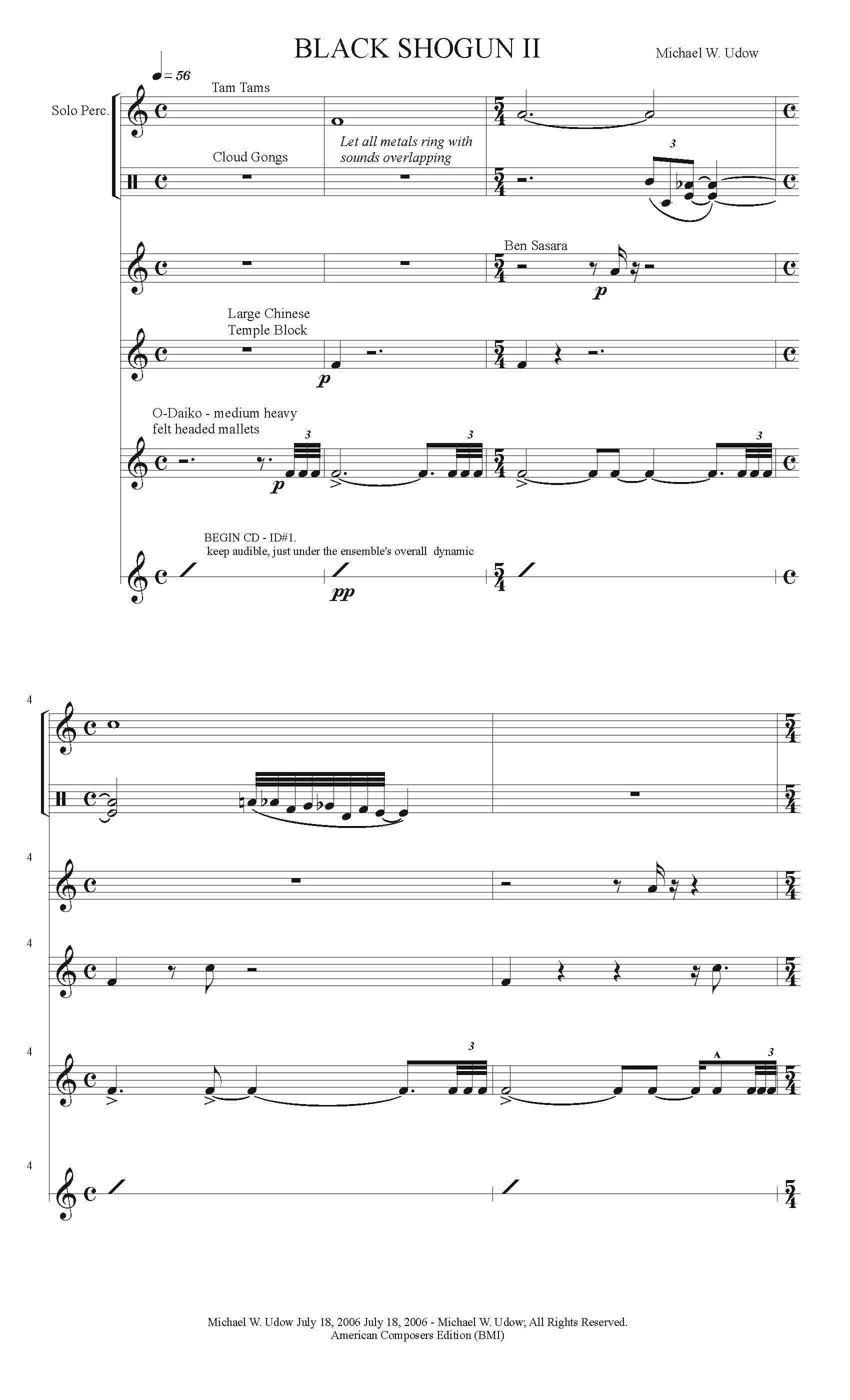 Black Shogun II (2006) is scored for a solo percussionist (instead of the original version for tap dance soloist), three percussionists, and a background soundtrack of work-songs. The instrumentation for the soloist includes two octaves of Chinese Cloud Gongs (C1 – C3), five Chinese goblet drums, four Korean bender gongs, and a drum of the soloist’s choice played with Middle Eastern finger techniques. This solo part was expressly written for Ian Ding.
The original work, Black Shogun, was commissioned by Michael Eisenberg, a percussionist/tap dancer.

This work grew out of my reflections of the Samurai and Shoguns during the Edo Period in Japan and the people of Africa who were enslaved and brought to the Americas to work the plantations. There is no attempt to equate the two cultures in a direct way. It is the observations during the journey on the pathway of life, the michi, that take on personal meaning, making connections and sense out of one’s life and history.